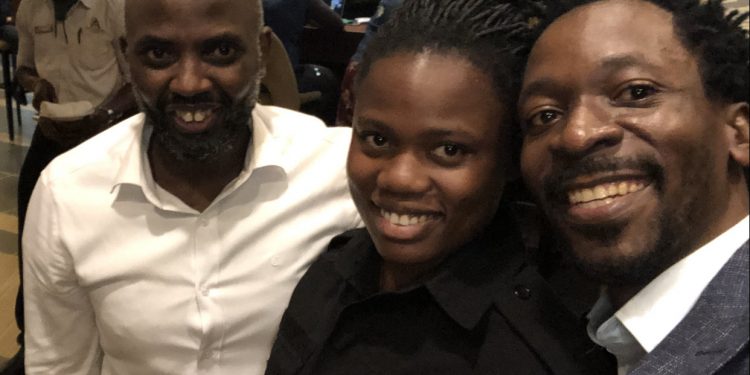 CCTV footage of his arrest went viral on social media as it showed plain-clothed gun totting operatives v dragging him out his office at VU before roughing up his female bodyguard who is attached to the Counter Terrorism unit (CT).

The public criticised the conduct of the security operatives while effecting his arrest. He was released on Friday evening after being taken into custody on Thursday, on charges of espionage and illegal stay in the country.

Speaking after his release, Dr Muganga condemned the manner in which he was arrested as he called for more training for the Chieftaincy of Military Intelligence officers on the handling of civil arrests.

He thanked his family and friends for standing by him, before also praising his female CT bodyguard for standing her ground to do her job during the scuffle.

“She is quite an amazing person trying to do her job. You are 10 people, see someone well dressed in her uniform and you choose to fight her! If there is, these people should be subjected to training,”Dr.Muganga said