“We are ready to fight for the nation,” says Uganda Cranes captain Okwi ahead of Mali World Cup Qualifier match today 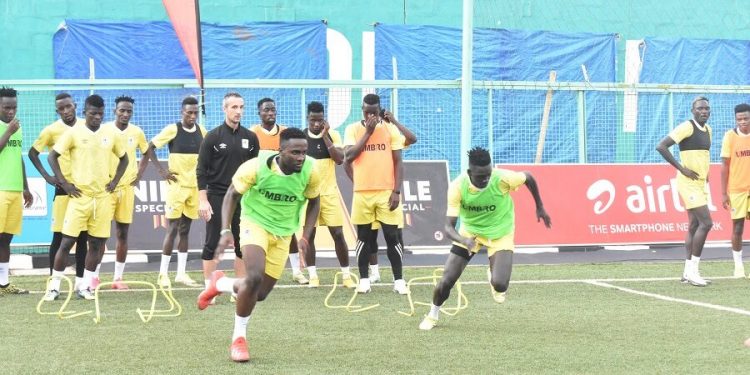 Today on Monday, September 6 Uganda Cranes will face West Africans Mali in their second game in Group E match of the FIFA World Cup Qatar 2022 qualifiers. The game will be played at the St Mary’s Stadium, Kitende at 4pm.

Mali comes to the match top of the group having won 1-0 over in their opener against Rwanda as Uganda shared the spoils with Kenya at Nyayo National Stadium, Nairobi on Thursday.

Uganda Cranes Captain Emmanuel Okwi yesterday revealed that the team is ready to build on the point they got against Kenya.

“We are ready to fight for the nation, to make sure we go into today’s game and get the desired three points,” said Okwi.

This will be the fifth ever meeting between the Cranes and Mali; the latest face-off having been the 1-all draw during the AFCON 2017 finals at Stade De Oyam in Gabon.

The West Africans arrived in the country on Sunday evening and managed to train at the St Mary’s Stadium.

Kenya and Rwanda yesterday played 1-all draw in their second game.