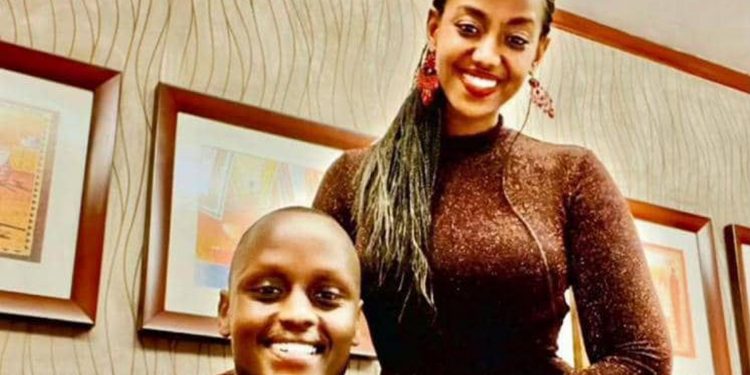 The family of Lt. Gen Henry Tumukunde has confirmed their son Amanya Tumukunde is engaged to President Yoweri Museveni’s daughter Dr. Angela Kakishozi and they are set to get married soon.

“It is true they are getting married. Our son Amanya and his fiancée have known each other since childhood and their relationship is long known by both families,” Eagle Online quoted a Tumukunde family source.

“There is nothing new about our son (Amanya) dating Angela because they have known each other for ages. The only thing is that maybe it is now becoming a public matter but there is nothing to hide,” was quoted.

Tumukunde’s son Amanya contested in the 2016 elections for the Western Uganda Youth MP seat. However he was unsuccessful.

Dr Angela attained a Bachelor of Medicine degree from Monash Unviersity in Malaysia in 2018. She is a candidate for a Masters of Epidemiology at the Columbia University, New York.

Sources say Amanya and Angella got close while both pursuing their degrees in Malaysia.