“Parliament will not interfere in the arrest of Ssegirinya, Ssewanyana,” says Speaker Oulanyah 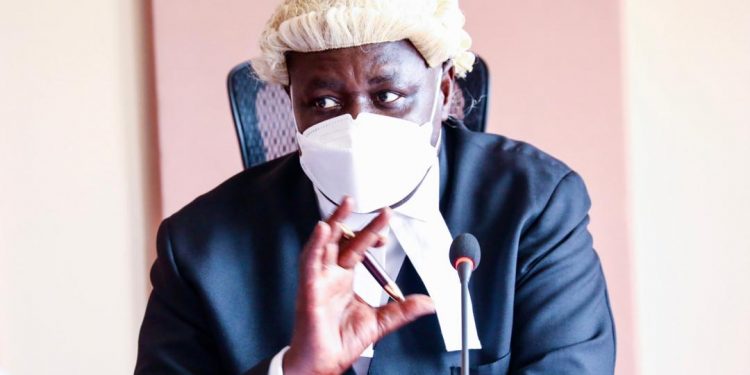 The Speaker of Parliament, Jacob Oulanyah has revealed that the institution will not interfere in the criminal charges slapped against legislators Allan Ssewanyana and Muhammad Ssegirinya over Masaka murders.

On Tuesday this week, Ssegirinya and Ssewanyana were charged with murder and remanded to Kitalya prison.

The duo is accused of having a hand in the recent spate of killings in Masaka sub-region that left close to 30 people dead.

Yesterday in Parliament, Kira Municipality legislator Ssemujju Nganda raised concern on the floor of parliament over the arrest of the two MPs.
He demanded to know whether there are any measures being put in place by Parliament to look into the matter.

Speaker Oulanyah said that Parliamentary privileges have limitations. He noted that the privileges that he knows, are those that protect speech and actions taken in the chambers.

“If you go and do things contrary to that and insult someone, these privileges may not apply,” said Oulanyah.

He however promised to find time and visit the MPs.

MUSEVENI: I don’t accept the idea of coups, they are not a solution

MUSEVENI: I don’t accept the idea of coups, they are not a solution