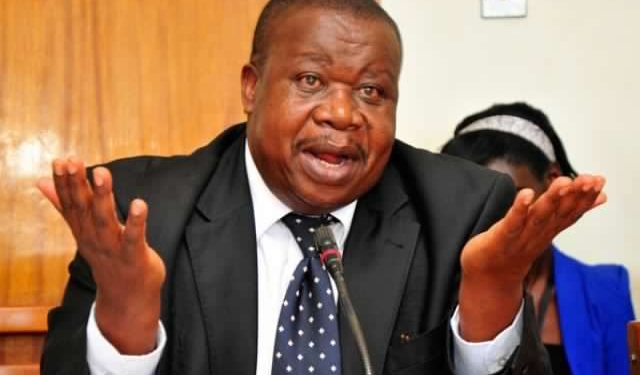 Minister for Internal Affairs, Gen Kahinda Otafire has said that the recent rampant killings in the greater Masaka region are politically motivated by a yet to be identified group.

Otafire said that with Masaka being politically dominated by the National Unity Platform (NUP) party, most of there leaders are hesitant to be cooperative to save the situation because it is the NRM government in charge of the investigation.

“When NRM dominated Masaka there were no killing. There is someone motivating these killings politically,” said Otafire.

Earlier this week, a section of Legislators from Buganda Parliamentary caucus dominated by NUP met with Gen Otafire and handed him a list of 30 former security operatives they claim are suspects behind the recent spate of killing in greater Masaka region.

So far, 12 people including two MPs (Ssegirinya Muhammad and Allan Ssewanyana) that subscribe to the NUP party have been arraigned before court following their arrest, linking them to the murders.

“I can’t spend over 20 years in school and end up a spy,” says VU’s Vice-Chancellor Dr Muganga