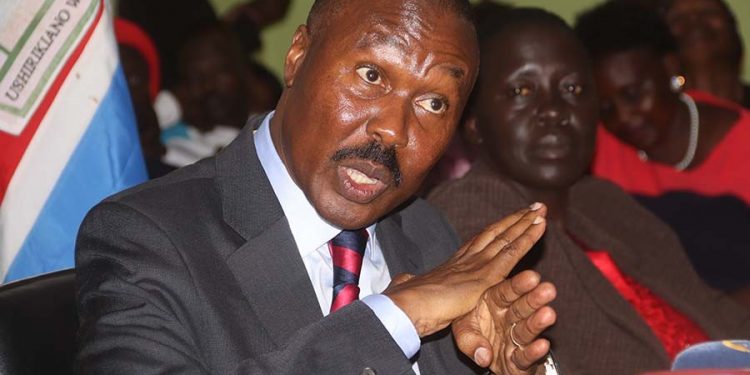 Former Presidential candidate on the Alliance for National Transformation (ANT) ticket, Gen Mugisha Muntu has said that the party is fully focused on taking power and using it to do the right thing.

Muntu said they have analysed the party loopholes in the 2021 elections and they are now working on attaining trust amongst the population.

“Soon after the elections, we organised conferences and met with our 700 leaders and conducted analyses of the election. A devastated group does not pick up and keep moving. We always see the silver lining,” said Muntu.

He added; “The issue for us is to build and allow people to trust us. We do not depend on waves. We rely on organising.”

Muntu is confident that if they keep building a critical number of people who can say we want a policy, they will win and take power.

“We know that ANT will take power in this country. There will be a point where they realise that right is might,” he said.

"Result is more important than style of play," says Micho