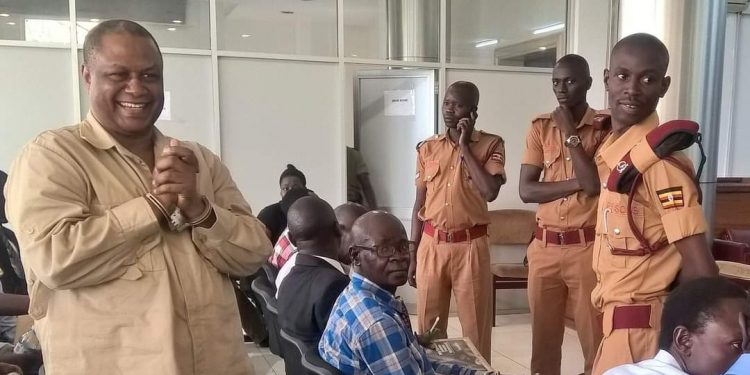 Katuramu was convicted and sentenced to death in 2001 by Justice John Bosco Katutsi, for masterminding the murder of the then Tooro Prince Patrick Happy Kijanagoma and a guard, Stephen Kaganda in 1999 at Palace View Bar in Fort Portal, Kabarole district.

In the past, Katuramu has unsuccessfully appealed against the conviction in the Court of Appeal and the Supreme Court.

Outside, there have also been several attempts to have him released. However, his death sentence was reduced to 20 years in 2009.

Patrick Kwezi, who was convicted for transmitting the cash to the killers and Alex Twinomugisha, a former UPDF kadogo who pulled the trigger, are currently serving death sentences at Luzira Prison.

According to a story run by New Vision in 2016, the initial reconciliatory talks took place in Kigali, Rwanda. It was a rare meeting in 2001 when Chris Katuramu took an initiative to plead for his condemned brother with the family of Kijanangoma.

Chris had to travel to Kigali in Rwanda to look for Prince Edward Kijanangoma, the younger brother, of the late prince. After the Kigali meeting, Edward, who is the heir of Paul Kijanangoma, the eldest son of Sir George Rukidi, the former King of Toro, had to break the news to his family members about the initiative.

Edward called a meeting in 2012, with his brothers and sisters that included David Kijanangoma (the rebel prince who has been giving King Oyo sleepless nights over the throne), Patrick Kwezi, Grace Ochola, Christopher Kijanangoma and Damalie Komunkyera.

According to David Kijanangoma, the family ﬁrst rejected the initiative, saying they could not forgive a person who killed their brother.

During his campaign rally in Fortportal in 2016, President Museveni said; “Katuramu’s matters cannot be solved at a rally. I advised the wife of Katuramu to meet the deceased’s family and reconcile. I have powers to pardon Katuramu, but I do not want to release him when the two parties are not agreeing.”