Court rules: Investigate the corruption case against Opiyo within seven days or terminate the charges 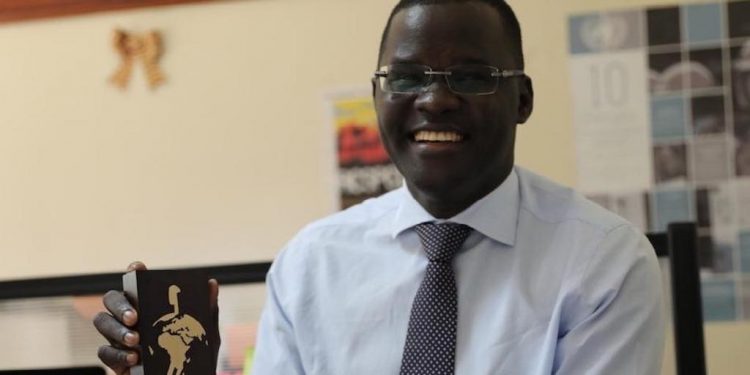 High Court judge Lawrence Gidudu has given the government an ultimatum of seven days to complete investigating the corruption case brought against human rights lawyer Nicholas Opiyo or have the charges against him terminated.
According to Daily Monitor, Justice Gidudu gave the last caution to the prosecution last Wednesday, arguing that suspects should be accorded a fair and speedy trial.

“The court is mandated to balance the right of the State to prosecute offenders to punish crime in society with the right of an accused to have a fair, speedy and public trial before an impartial court. Consequently, I make the following orders to dispose of this application,” held Justice Gidudu.

“The prosecution (DPP) is given seven days from the date hereof, to commit the applicant (lawyer Opiyo) for trial before the High Court and disclose its case to the accused. For avoidance of doubt, this is before the closure of business on September 15, 2021 (this Wednesday),” he added.

The judge further warned that should the DPP fail to commit Mr Opiyo to the High Court for trial, his case shall be terminated.

“If after September 15, the applicant (Mr Opiyo) has not been committed for trial to the High Court, then the prosecution of the applicant in criminal case 106 of 2020 shall stand terminated under section 17 (2) of the Judicature Act to prevent abuse of the process of the court by curtailing delays in prosecuting the applicant. There are no orders as to costs,” Justice Gidudu further ordered.

Prosecution alleges that Mr Opiyo on October 8, 2020 at Abasa Bank, Garden City Branch, in Kampala acquired $340,000 (about Shs1.2b) in the names of Chapter Four Uganda, which was proceeds of crime.

Mr Opiyo through his lawyers complained that since January, the prosecution has been updating court of how investigations into his case are in progress without being concluded.

He contended that the delay to prosecute his case has infringed on his right to a fair and speedy trial provided in Article 28 (1) of the Constitution.

In response to the application, the prosecution argued that their investigations were hampered by the Covid lockdown.
However, Mr David F. Mpanga, the lawyer representing Mr Opiyo, rejected the prosecution’s explanation on ground that banks remained open throughout the lockdown.