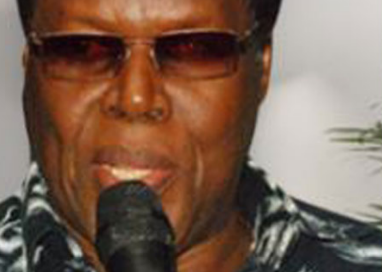 Peter Kamya, the former owner of Simbamanyo House is at the losing end of another court case involving a multi-billion property. Kamya was sued by Bahamas Investment Ltd who ran to court to recover Shs1.3bn as part payment they had made to Kamya’s property comprised in Kyadondo Block 255 Plots 126 and 213 at Munyonyo in August 2015.

On top of asking Kamya to refund the Shs1.3bn with 25 per cent interest per annum dating back to 10th October 2016, court has also compelled Kamya to pay a further 6 per cent interest in general damages from date of judgement until the amount is settled in full.

The matter heard before Hon. Justice David Wangutusi of the Commercial Court in February this year, arose from a transaction agreement that Kamya reneged on.

According to the sale agreement, Kamya was supposed to deposit the original title with Equity Bank upon receiving the Shs1.3bn so that the bank could process a loan of Shs3.79bn as top up for the agreed purchase price of 5.09bn.

Kamya did not meet his part of the bargain and attempted to sell the same property to Bank of Uganda, prompting Bahamas Investment to lodge a caveat on the property.

Kamya instead terminated the contract in a letter dated October 20, 2016, with reason that it was already a year since they had entered into contract and he was supposed to receive the balance in 90 days, which hadn’t been the case.
In his judgement, Justice Wangutusi faulted Kamya for terminating a contract yet he had not fulfilled his end of the bargain of depositing the title with Equity Bank. Wangutusi reasoned that the 90 days were supposed to be taken into effect, starting the day Kamya had deposited his title with the bank.

Bahama’s Investments being foreign owned, Kamya had also used the legal gymnastics of a non-citizen not being allowed to own mailo and freehold land in Uganda to refer to the sale agreement as illegal.

However, Justice Wangutusi faulted him, citing that the issue had been taken care of in the agreement and Kamya was supposed to transfer the property’s mailo land interest to Bahamas lawyer Paul Muhimbura who would in turn issue a 99-year lease to Bahamas.