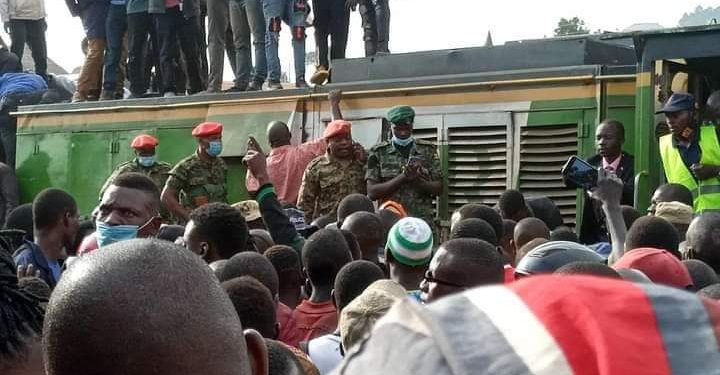 Earlier today, a train smashed into an army patrol truck at the Railway line in Kinawattaka, Kirekka.

The train collided with the army truck that had ploughed through a railway barrier onto the train tracks.

ASP Luke Owoyesigyire, the deputy PRO for Kampala Metropolitan area has confirmed the accident and said Police at Kireka working with fire and rescue services have responded at an incident where a Updf Land cruiser H4DF2180 was involved in a derailment with a Uganda Railways locomotive.

Owoyesigire said the fire and rescue services was able to rescue two UPDF soldiers albeit, in very critical condition. The two, both privates, have been taken for treatment.

The situation at the scene is now contained as the wrecked vehicle has been towed and normal traffic has resumed.

NRM's Kabanda to First Son Muhoozi: May the Lord see you through the 2026 Presidential elections