One arrested for writing ‘bijambiya’ letters 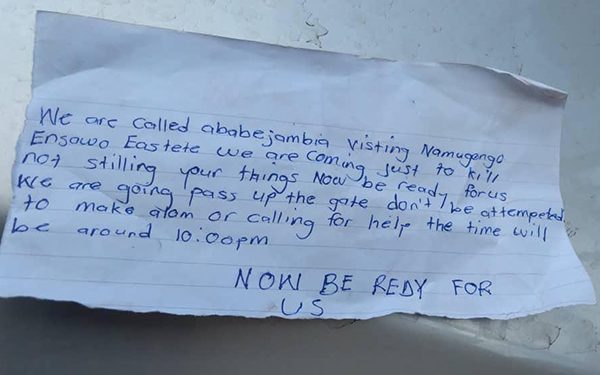 In a brief post shared by Police Political Commissar, AIGP Asan Kansigye, he captioned the photo of the suspect and one of the letters saying; “The threatening letter. The writer!”

The suspect looks to be a school going child. When we contacted a few officials in Police, they said Police Spokesperson Fred Enanga will be giving details about the suspect today during the weekly police briefing.

The bijambiya letters have been rampantly dropped in past weeks at villages, on Whatsapp, as well as other social media platforms, causing fear and anxiety among the residents.