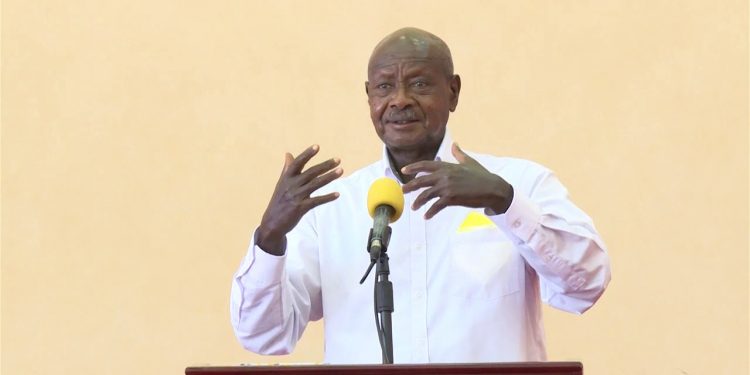 President Yoweri Museveni has re-echoed his call for murder suspects to be denied bail.

According to Museveni, for somebody to kill a person and then the court gives him/her bail is a provocation.

“It is abominable. I would like us to cure this ideological disagreement. This bail, what is the hurry? Who are you trying to please?” says Museveni.

He reveals that he’s going to summon the NRM caucus and they discuss the matter.

“We are going to work on this. I am going to summon the NRM caucus and if necessary, we put it to a referendum. With this provocation, people will take the law into their hands,” he says.

In 2018, then Chief Justice Bart Katureebe responded to Museveni’s call about the same saying the issue of bail is governed by the Constitution and the law.

Justice Katureebe said murder suspects can only be denied bail if the Constitution is amended. He also indicated that judges and magistrates at all levels will continue releasing suspects on bail as long as they meet the requirements.