Vampino reveals why he was arrested in Jamaica, ‘applauds’ Bobi Wine upon release 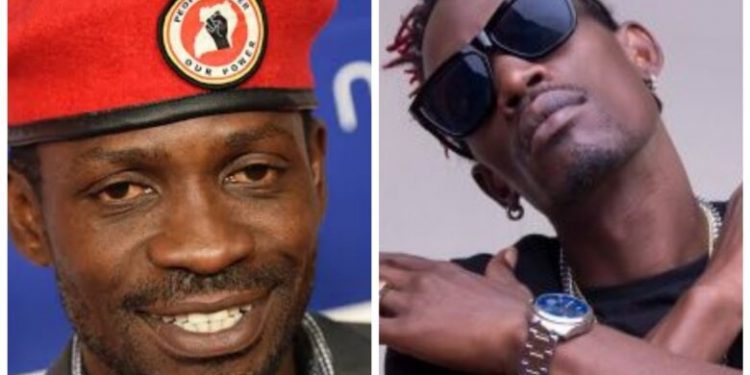 Dancehall singer Elvis Kirya, popularly known as Vampino, is now on the plane back home after being released from a Jamaican cell, where he had reportedly been detained.

Vampino yesterday posted seeking help as he said that he was locked up in a Jamaican cell.

“Uganda my people, help me and contact the embassy. I am locked up in a Jamaican cell in Montego Bay, munyambe [help me], I have no help here,” Vampino cried out.

Before that, the ‘Smart Wire’ singer had posted on his Facebook page that he was at the airport leaving Jamaica, but the information came in later that he had been arrested.

Upon his release, he took to social media again to thank Bobi Wine, his (Vampino’s) wife, and others who came to his rescue. He also disclosed that he was arrested because Jamaica has no direct flights to Africa hence he was put in a cell instead of hotel.

“H.E Bobi Wine thanks a lot brother. You’re indeed a people person. You took time to find out where I am.
Guys I reached a point I lost hope in a room of seven guys with piss and sh*t next to where I put my head. Nobody knew then what’s happening and they took all my belongings.

The message I sent a guard was convinced by the jailed thugs some on murder charges, rape, gun cases, theft. They told him” help di African he is innocent,” that’s when I called you all out nga mpulila am at a dead end.

My wife Lydia Namakula Swe and manager Kojja LuCha and Pejay Boaz thanks alot guys. Am now being escorted on a flight out of Jamaica Montego bay.

The reason I was put there is because they had no flight direct to Africa so they threw me in jail instead of a hotel. God…I love you all am safe. Good, I had finished what took me out there.”

Kataleya and Kandle: A duo to look out for

Kataleya and Kandle: A duo to look out for