From Shs1.2m to Shs85m, Micho is among highest-paid National Team coaches in Africa 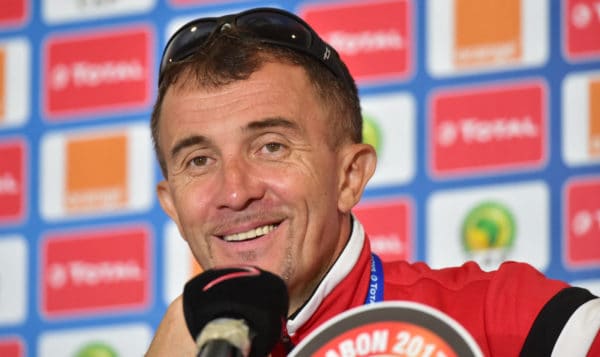 The Serbian returned as the new Uganda Cranes Head coach effective August 2021. This was after the local football governing Federation of Uganda Football Associations (Fufa) offered a much-improved offer. In his first stint as Cranes Head Coach, Micho was reported to be earning Shs1.2 million a month plus other allowances.

He however bitterly resigned from the job after the 2017 Afcon finals in Gabon where he led Uganda to its first continental showpiece in 38 years. His reason for the resignation was purely about nonpayment of salary dues worth Shs194m.

After a few months, FUFA confirmed to have cleared the arrears. Micho then got a lucrative offer as Head Coach of South African side Orlando Pirates.

Micho returned to the Cranes this year after parting ways with Zambia Chipolopolo where he was pocketing a cool $25,000 a month.

Meanwhile back to the list of highest-paid coaches, Morocco’s Bosnian head coach Vahid Halilhodzic is the highest paid on the Africa continent. He earns $89,000 (about Shs304m) per month.

In the second position is Egypt’s recently appointed head coach from Portugal Carlos Queiroz. He earns $85,000 (about Shs300m) a month.

From Shs1.2m to Shs85m, Micho is among highest-paid National Team coaches in Africa