DUBAI EXPO: More than 100,000 Ugandans to get jobs after gov’t ties down Shs3.2 trillion in a week 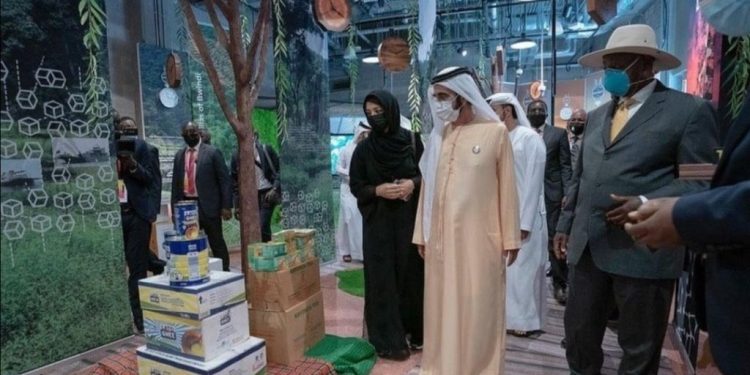 Senior government officials representing Uganda at the Dubai 2020 expo have revealed that the country has negotiated a combined investment deal amounting to nearly $900m which is equivalent to Shs 3.2 trillion) in one week.

Elly Twineyo, the Executive Director of the Uganda Export Promotion Board (UEPB), revealed that the efforts will ultimately result in the employment of more than 100,000 Ugandans.

Hardly a day after Uganda celebrated its national day at the six-month-long Dubai 2020 expo, it nailed down a $650m (about Shs 2.3 trillion) combined deal before tying up other deals. These reportedly took it to the $900m by close of business on Monday.

The deals sealed by the senior Government officials are from a number of sectors including health care, energy, and transportation.

The UIA Director-General, Mr. Robert Mukiza noted that the announcement of the $650m investment secured on Monday is part of the country’s broader ambition to bring in $4b (Shs14 trillion) of new investment into Uganda.

He added that this is intended to “propel the country forward as it embarks on its post-pandemic recovery journey.”

The expo is being held under three sub-themes: opportunity, sustainability, and mobility. Uganda is participating under the opportunity theme, with Uganda’s expo theme being “Right place, Right time.”