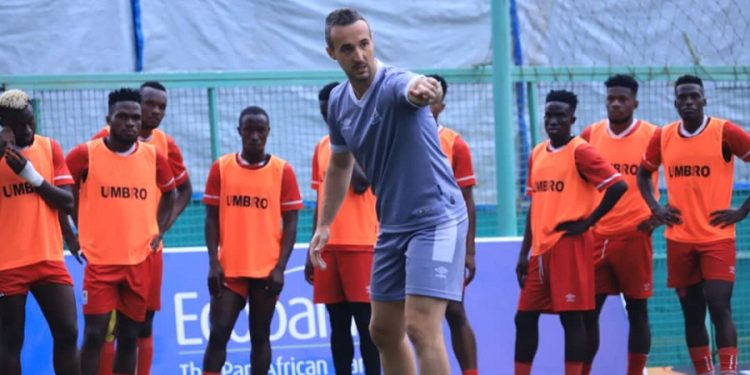 Uganda and Rwanda will renew their rivalry when they meet in the 2022 World Cup Qualifiers match at St Mary’s Stadium in Kitende on Sunday afternoon. The game kicks off at 4 pm

The hosts, Uganda yearning for maximum points and complete a double against Rwanda. A win can take the Cranes back to the top of Group E if Kenya holds Mali. Mali visits Kenya at Nyayo National Stadium.

As it stands, Mali leads the group with seven points, Uganda is second with five points, Kenya is placed third on two points while Rwanda is rock bottom with one point.

A loss for Rwanda today will mean they are completely out of the race to qualify for the World Cup.

Captain Khalid Aucho who accumulated two yellow cards (Vs Mali and Vs Rwanda) thus suspended for this game.

Experienced versatile defender Denis Iguma will stand in for him. Speaking during a press conference yesterday, Iguma cautioned fellow players against complacency because of the win they registered in Rwanda.

“I want to thank all the players for the efforts they put in the Rwanda game and we managed to register that win. I know it is not yet over thus we have been preparing for the next game like never before.

We respect Rwanda but we will not do that on the pitch. We are looking forward to doing what we did in Kigali. Everyone is more than ready to give the best for our Nation,” Iguma said.

Uganda won the first leg encounter 1-0 thanks to Aziz Fahad Bayo’s goal at the Stade De Kigali, Nyamirambo on Thursday.

How To Watch
The game will be played behind closed doors. It will be broadcast live on Azam TV who has the rights to broadcast these qualifiers in the region. UBC will have the match on free-to-air decoders.