Billionaire James Mugoya Isabirye, the Buddonian that has an entire estate in Kenya named after him 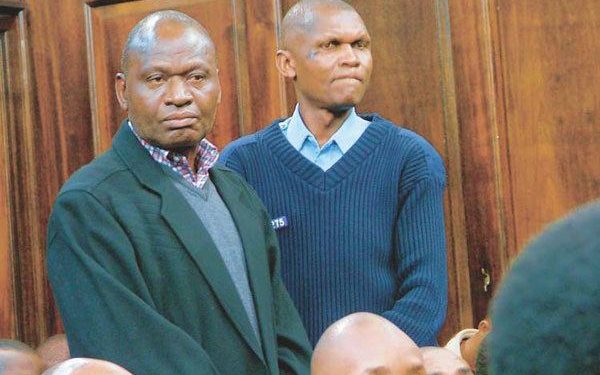 A reclusive Ugandan tycoon has been ushered into the limelight by popular Kenyan website, Kenyans.co.ke, after unearthing an entire neighborhood named after him.

James Mugoya Isabirye, the multi-billionaire is an engineer who also doubles as a businessman. Little is known of the Ugandan billionaire after whom the estate is named.

Mugoya Estate is a middle-class gated community that sits right at the heart of Nairobi’s South C. Hosting several rooms, each on its compound, little is known of the Ugandan billionaire after whom the estate is named.

Born in Eastern Uganda in 1950, little is known of his parents but he went through primary school, after which he joined the prestigious Kings College Budo for his secondary education.

Mugoya later joined the University of Nairobi (UoN) where he pursued a degree in Engineering.

While a student at UoN, Mugoya made friends and one of them happened to be the son of the then Vice President and future President of Kenya, Daniel Arap Moi. He maintained the friendship and with it came a bag of opportunities.

After his graduation, the Ugandan Tycoon started Mugoya Construction and Engineering Company Limited in Kenya. Through his cordial relations with the Moi family, he managed to secure contracts that many engineers would only dream about.

Mugoya Construction is behind some of the most iconic buildings in Nairobi today including Times Tower, the National Social Security Fund (NSSF) building, and Hazina Estate. Outside the capital, he built Moi High School, Kabarak University, and the Kisumu Provincial Headquarters.

In 1995, NSSF in Kenya awarded Mugoya a contract to construct 265 houses in a city named Karen, together with an administration block, a clubhouse, and a kindergarten. However, the project did not kick off due to pending approvals from the Nairobi City Council.

The Ugandan Tycoon would, in 2012, receive Ksh342 million (approximately Shs11 billion) in an out-of-court settlement for the very project. He initially claimed Ksh633 million.

In 2018, Mugoya, together with a member of the UAE Royal Family claimed prime plots valued at Ksh20 billion (Shs660b) in which the Hilton Upper Hill Tower is being built. They claim that the developer who owns the parcel of land allegedly encroached on and taken over at least two other adjacent plots.

His company was however liquidated in 2015 owing to accrued debt including Ksh324 million (Shs11b) compensation paid to NSSF.

The Ugandan billionaire has had run-ins with the law both in Kenya and Uganda. He was charged with selling off construction machinery worth Ksh3.5 billion that had been charged to a Kenyan bank. His case was, however, terminated on August 21, 2021.

In Uganda, court determined that he had questions to answer for allegedly operating an illegal joint real estate venture valued at Ksh149 million (Shs8 billion).

However, he remains celebrated in Uganda. In 1994, he rebuilt Bugabawe Primary School after a pupil lost his life when a roof collapsed during heavy rainfall. He demolished the dilapidated buildings in the school and built them afresh.