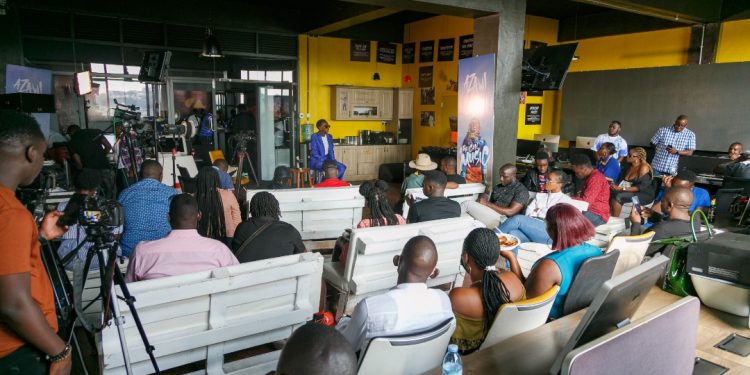 Azawi’s 16 track album comes as the much-anticipated answer to the rapid influx of the modern Nigerian afrobeat wave that is evidently having more visibility in Uganda than Ugandan music itself.

The afrobeat dominance is rightfully deserved. The Nigerians seem to have defined their sound, polished it and it has evolved into this irresistible global wave.

On the African Music album, Azawi dismisses the notion that African music goes beyond the West African afrobeat nor Amapiano sound cliches. She sends out a subtle message that Ugandan music can still have a signature sound and still be urban.

What other way to communicate this than collaborating with the “everything afro” obsessed Eddy Kenzo? Eddy Kenzo has bagged silverware across the globe for his authentic Ugandan sound and his inclusion on the album was an accurate representation of the theme, “African music.”

Nkuchekele, a mid-tempo afrobeat song on which the two artists collaborate, sees Azawi employ the equivalent of Uganda’s pidgin English where words are peppered with a Ugandan lilt or distorted to give them a much more street feel.

This album, yet again, sheds light on Azawi’s underrated penmanship.
The beat is a celebration of Ugandan percussion. Guitar strings, local Ugandan drums, and rhythms all unmistakably pay homage to the homeland.

Kenzo and Azawi effortlessly complement each other while riding the beautiful aye adlib. They go back and forth in frivolous romantic banter in a mix of Luganda and English.

Azawi’s penmanship excels when she includes a nursery rhyme as an interlude in an effort to be as carefree as the instrumental itself.

This album’s synopsis has the Ugandan sound on each step of the trail. In fact, the marketing department at Swangz could have looked at the bigger picture to call the album African music, but the fact that it was released on Independence Day, should have been reason enough to have it named, “Ugandan music.” That is simply a wild thought.

With such a stellar lineup of producers, why would magic not take shape if the sound gods are paired with superstar collaborators such as A pass, BET award winner Eddy Kenzo, Fik Fameica, and Janzi band?

The album’s collaborators, producers, and the girl of the moment, Azawi, take us on a fantasy journey through the worlds of afro beats, Amapiano, hip hop, soul, and genres yet to find names to bring all of us together in a celebration of good Ugandan music.

This is undoubtedly the album of the year.

Listen to the album here; https://azawi.ffm.to/africanmusic 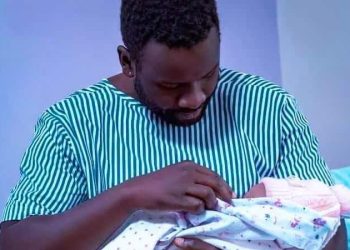