Is he finally taken? – Pastor Bugembe speaks out trending photo 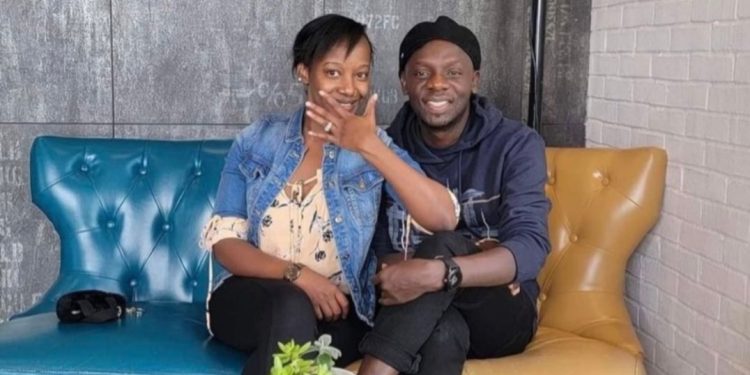 A photo of singing Pastor Wilson Bugembe with a beautiful lady showing off a wedding ring has been trending on social media.

Some people borrowed from the Pastor’s lyrics commenting,  “Katonda Yabadde Mweno Ensonga” loosely translated to mean “It has been God.”

Pastor Bugembe, the founder of Worship House in Nansana, is one of Uganda’s eligible bachelors and there has been a lot of speculation about when he would make it official.

He has been in the US for close to two months and many speculated he had settled with the beautiful young lady in the trending pictures.

Well, Pastor Bugembe says it will happen in God’s timing, but not now. He explained that the lady in the photo is just a friend and she is already married.

“I wanted to avoid speculation so I told her to show off her ring as we were taking the photo, but people took it differently. She is just a friend and she is married to a white guy,” Bugembe said.

Rwomushana: The people who said would remove the dictator are now busy at weddings

Rwomushana: The people who said would remove the dictator are now busy at weddings

Is he finally taken? – Pastor Bugembe speaks out trending photo