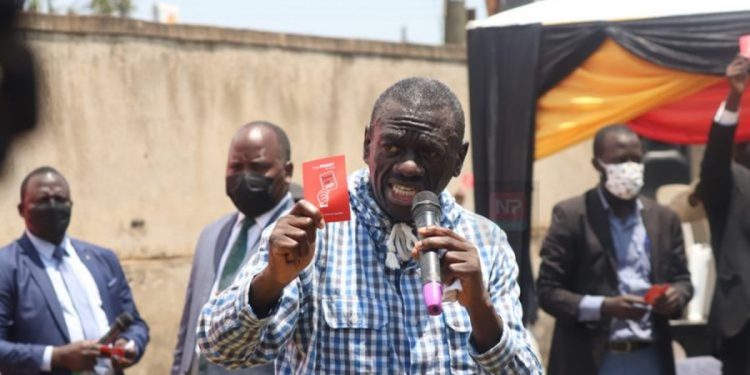 Police has warned the leaders of the newly formed People’s Front for transition, a new opposition pressure group against holding unlawful demonstrations.

Fred Enanga the police spokesperson warned that police will not allow such activities without clearance from the relevant authorities especially from the Ministry of Health and police.

At the launch of the new pressure group last week at JEEMA party headquarters in Mengo, Dr. Kiiza Besigye who was appointed the chairperson of the pressure group announced that they will be holding activities in several parts of the country in what they termed as liberating the country.

Enanga says that under the Public Order Management Act, organizers of the meetings should first get permission but also show a safety plan and traffic flow plan before being allowed to proceed.

Fred Enanga further warned the leaders of the new coalition that security will not allow them to destabilize the peace that the country has been enjoying in the past 11 months but urged them to use other lawful means like social media platforms to address the public.