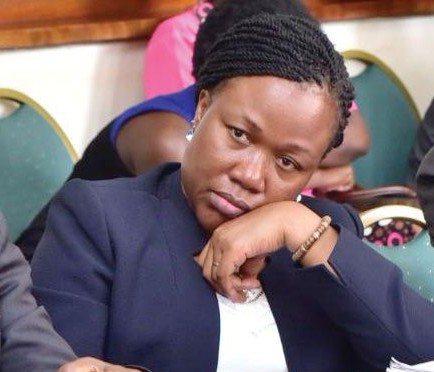 Sudhir contends that Kasule has on several occasions tried to frustrate the implementation of court orders and faulted her on misleading the institution to defy lawful court rulings including into illegal liquidation of the assets of Crane Bank while in receivership.

“You’re the brain that has been behind all this saga of illegally liquidating Crane Bank with the sole intention of depriving our clients the fruits of the orders of the Court of Appeal,” a notice of Intention to Sue from KAA reads in part.

“Take note that our client has decided to Institute legal proceedings against you for Contempt of Court orders for your role in the illegal Liquidation of our client’s bank.”

“Our client was the successful party in Court of Appeal Civil Appeal 252 of 2019 Crane Bank Limited (In Receivership) vs Sudhir Ruparelia & Another where Court of Appeal upheld the decision of the High Court in High Court Civil Suit 493 of 2017 to wit that the 1st Respondent had no locus to Institute proceedings against the Applicant and its plaint didn’t disclose a cause of action.”

“While aware that upon closure of Crane Bank, it ceased to be a financial institution, by notice dated 16th October 2020, you went ahead and advised Bank of Uganda to apply for a temporary injunction restraining our client from filing resolutions concerning Crane Bank Limited with Uganda Registration Services Bureau vide MA No. 32 and MA No. 33.”

“Immediately after the dismissal of MA 33 of 2020, you further advised Bank of Uganda to progress Crane Bank (in Receivership) into Liquidation while aware that such a move was contrary to S. 95 of the Financial Act which only envisages a licensed Bank to be put under Liquidation. Following your advice, Bank of Uganda on 13th November 2020, wenf ahead and issued the public notice, putting Crane Bank (In Receivership) into Liquidation ans ordered the winding up of affairs.’

“The move to liquidate Crane Bank while pending Civil Appeal No. 17 of 2020 filed by Bank of Uganda was done in bad faith and was manifestly intended to render the appeal decision of the Supreme Court nugatory” KAA wrote to Kasule.

Supreme Court in August this year, dismissed with costs, an application by lawyers representing the Bank of Uganda in which they sought to substitute the court record from Crane Bank Ltd (in receivership) to Crane Bank Ltd (in Liquidation), with the court rejecting the move, as in bad faith and intended to circumvent facts.

Earlier in the High Court, Justice Wangutusi noted in his ruling that at the time BoU and Crane Bank (in receivership) filed the suit against Mr Ruparelia and his Meera Investments in January 2017, Crane Bank was a non-existing entity, having been terminated when the Central Bank sold its assets to DFCU Bank in October 2016.

The judge ruled that this rendered Crane Bank in receivership incapable of suing or being sued since there would be no assets to be claimed for.

Court noted that the public notice made it clear that BoU as the receiver had done an evaluation of the respondent (Crane Bank in receivership) and arranged for the purchase of its assets and assumption of its liabilities by another financial institution.“

However, Bank of Uganda has in a u-turn filed an application for the review of the decision but lawyers have warned that parties Bank of Uganda is taking to court have since ceased to exist.

“More so, you are further circumventing the decision of the Supreme Court into that only found you in Contempt by the said actions”.

BoU has lost countless legal suits, among them against tycoon Sudhir Ruparelia, with BoU being faulted for fielding a weak legal team. 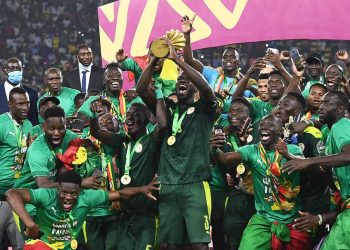