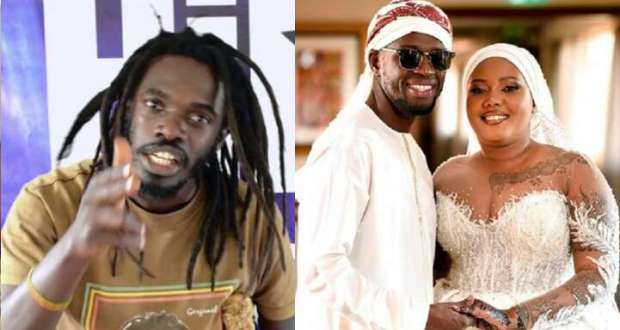 Over the weekend musician Ali Buken alias Nubian Li ‘did it’ as he tied the knot with his long-time lover Salha Mutoni.

The event that happened at Kibuli Mosque and later Silver Springs Bugolobi was graced by different notable figures from the National Unity Platform party and FireBase Crew.

Mark Bugembe better known as Buchaman, the former Firebase Crew vice president did not attend the event. Are you even shocked?

Buchaman hit the limelight while in FireBase Crew but he quit the group about a decade ago.

Speaking during an interview, the self-proclaimed Ghetto President who was close to Bobi Wine and Nubian Li during the old Firebase days seemed shocked when he was asked why he did not attend Nubian’s wedding.

“Ehh he wedded, I did not know,” said Buchaman.

The‘Temumatira’ singer further ranted; “I have not been aware of Nubian Li because no one informed me about it .They even didn’t invite me and I am not always on television so how would I have known,” Buchaman stated.