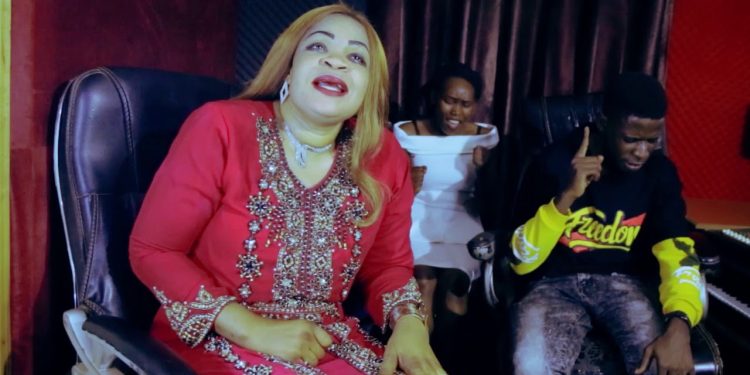 Bethel Healing Centre Church senior pastor Irene Manjeri, a few days back shocked many after coming out and revealed that her husband, Dr. Vincent Katongole has three children from three different women outside their marriage.

Manjeri said that her husband had even already introduced the three children to his family.

Fresh allegations from Pastor Manjeri indicate that her husband is now preparing to marry another woman.

“I got the news that the man is planning to marry another woman yet I have been patiently waiting for him for almost ten years. He has wasted my time because, at 51, I do not think I can give birth,” teary Manjeri said.

She disclosed how she’s receiving received death threats as the husband’s family sees her as an obstacle to their son’s plans to marry another woman.

“I can’t sleep in a house without an AK47 for the fear of my life. My advice to them is that they don’t need to kill me for him to be able to marry another woman. I don’t have any problem with him marrying,” she stated.

Pastor Manjeri added that for all her life, she has never cheated on her man and she doesn’t need another man because she thinks at her age it’s a shame.

“I can give birth but I can’t fall in love with another man. It’s embarrassing. I want to be remembered as a born again who walked on the right path.

I don’t like cheating because I fear HIV even though I’ve prayed for many people and they healed,” Manjeri said.

However, according to Pastor Franklin Mondo, a close friend to Manjeri’s husband Katongole, the wedding allegations are false.