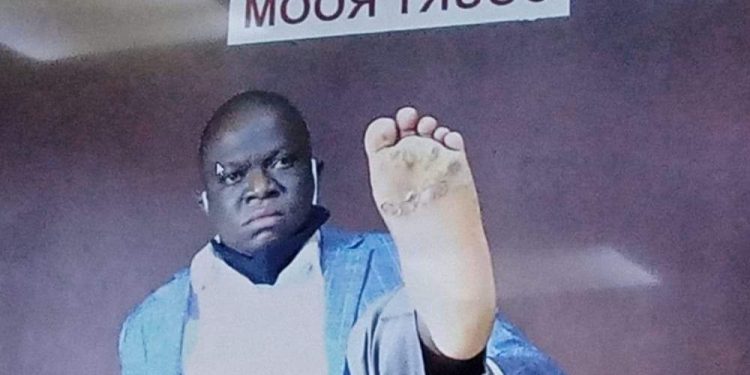 Ssegirinya looked to be in pain as he displayed his ‘rotting’ foot as he claimed that he sustained the injuries due to torture he received while in custody.

Grade One Magistrate at Buganda Road Court, Doreen Karungi Olga has slapped the legislator with new charges of inciting violence.

Ssegirinyana denied the charges of inciting violence and was further remanded to Kigo prison until October 29 for mention and bail hearing. He is represented by Lawyer Shamim Malende.

The prosecution alleges that between August and September 2020 in Kampala, Ssegirinya through his known FaceBook page ‘Ssegirinya Muhammad FANS PAGE’ vowed to stage a resistance that is worse than the 1994 Rwanda genocide.