NAMBOOZE: When the poor fail to get what to eat, they eat the rich 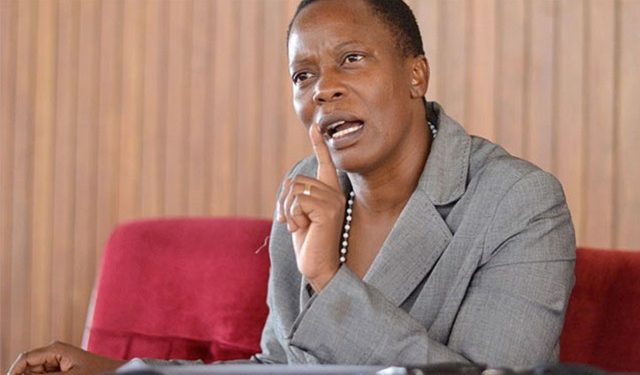 Mukono Municipality Member of Parliament Betty Nambooze has said that the increased cases of criminality are a result of the government’s failure to address the issue of youth unemployment.

Nambooze, who was yesterday allegedly attacked by a panga-wielding man said that youths are now targeting the rich for survival.

“When the poor fail to get what to eat, they will eat the rich,” said Nambooze before advising the government to prioritize youth empowerment programmes.

Yesterday, a video of traumatized Nambooze made rounds on social media as she narrated how she was shocked to come face to face with the killer in her bedroom.

She disclosed how she was shocked to wake up to a stranger armed with a panga and spear standing in the middle of her bedroom.

“The man told me to face the wall and say my last prayers because he was to kill me. My husband rushed and rescued me by grabbing the man and pushing him outside,” she said.

Police in Mukono are probing the attack and so far two new pangas have been recovered. Police revealed that it will use CCTV footage to identify the assailants.