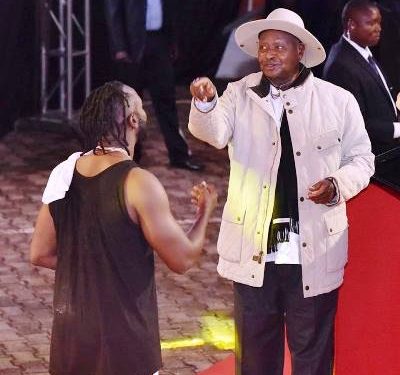 In his last nation address, President Yoweri Museveni disclosed that the Entertainment industry will be allowed to fully operate in January 2022 after about 5 million people are vaccinated.

Speaking during an interview on NBS After 5 show, the singer said that Museveni should look into reopening the creative industry because December is their ‘lucrative’ month.

The ‘Gyenvudde’ singer said that the artists have suffered for a period of two years now and some are depressed.

“The creative industry is the most affected sector in this pandemic. The President said that he will fully reopen in January next year but where will artists get the money to take their children back to school.

December is the only hope for artists to make some money that will see them survive January,” said Bebe Cool.

Bebe Cool believes that it is time for the entertainment industry to coexist with Covid-19.

Cheptegei to fly out family for holiday

Cheptegei to fly out family for holiday