When we land on you, we shall deal with you- Amuriat cautions NRM spies within FDC 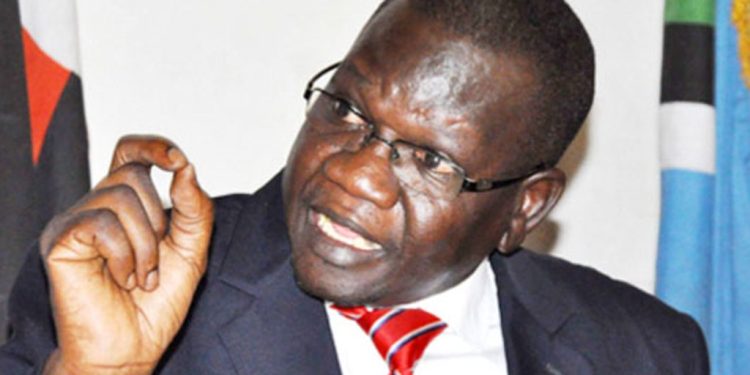 The president of the opposition Forum for Democratic Change (FDC) Eng. Patrick Amuriat Oboi has cautioned all party members against being moles, saying the repercussions will be in form of expulsion.

Speaking to party leaders in Mbale as part of the party’s election audit activities in eastern Uganda, Amuriat said that as the dust settled, the People Power pressure group began to take shape, with much of its focus on FDC.

The opposition party says it is still focused on building the democracy ‘the country deserves’.

Amuriat warned that those holding meetings with the ruling party at night while lying to the world that they are struggling for change, should “know it is a red flag for you”.

“When we land on you, be sure we shall deal with you as the party constitution states,” he cautioned.

He said the party he leads has been enduring storms since 2017 when he was elected into office – when his predecessor Maj. Gen Mugisha Muntu left the party together with some leaders.

“Immediately after our internal elections, Gen. Muntu left the party with a section of leaders. He took a large number of MPs and local leaders.

We embarked on the process of demobilizing members back to the party. Many became very hostile to the party, but I did not give up on talking to each one of them,” said Amuriat.

He added, “The MPs slowly responded to my call and a few remained with us and accepted and offered leadership.”

The FDC president vied for Uganda’s presidency in January’s election and finished third behind NUP’s Robert Kyagulanyi and declared winner Yoweri Museveni of the NRM.