Who is Eng. Carol Yeko Kamari? Everything you need to know about Cheptegei’s new bride 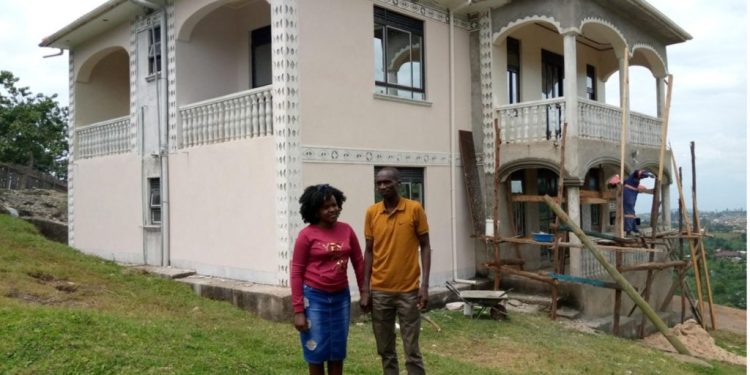 Over the weekend, Olympics gold medallist Joshua Cheptegei was introduced by his fiancée Carol Yeko Kamari in a traditional marriage (Koiyetyo) that was held in Kween District.

But who is Kamari?

Kamari is the daughter of the late Stephen Chesang Sukuku and Mrs. Jessica Chesakit. She sat for her Primary Leaving Examinations (PLE) at Nsamo Mixed Primary School in Seeta, Mukono, and her O and A-Level at East High School, Ntinda, Kampala.

After her secondary education, she enrolled for a Diploma in Civil Engineering at Uganda Technical College, Elgon, graduating in 2014. She upgraded to a degree that she pursued at Ndejje University between 2015 and 2018.

Having studied civil engineering, Kamari designed and led the construction of their multimillion home in Kapchorwa Municipality. However, she is not formally employed and is into private practice. She currently runs a Hardware shop, Afro Hardware one of the biggest in Kapchorwa Town.

How she met with Cheptegei?

Cheptegei and Kamari met in 2014 at Christ Alive Glorious Church, Kapchorwa where they were both ardent church members.

“Cheptegei is a close friend to one of my in-laws and one Sunday, he came to pray from our church. After the main service, he attended our youth meeting, where he was introduced to me, not as a relatively successful athlete but as Cheptegei,” Kamari said in a recent interview.

“Without re-opening night economy, we shall struggle to recover the economy,” says Ggoobi

Moment Of Madness! ‘Couple’ enjoy a quickie by the roadside

Moment Of Madness! 'Couple' enjoy a quickie by the roadside

Who is Eng. Carol Yeko Kamari? Everything you need to know about Cheptegei’s new bride