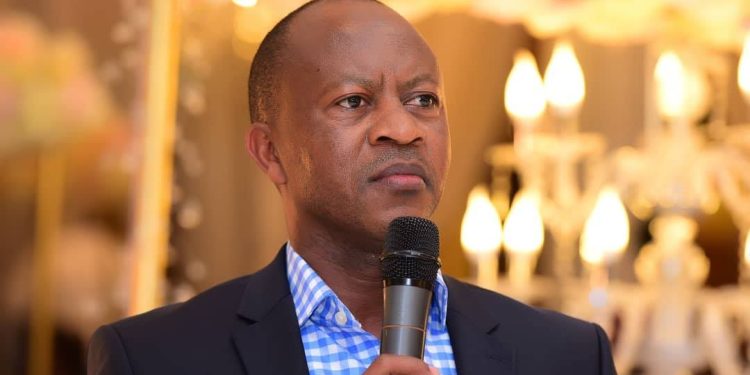 A young lady is brutally murdered!   The prime suspect in the murder has now disappeared!

In 2015, a young girl by the name of Desire Mirembe who was pursuing medicine at Makerere University went missing! Investigations kicked off and all evidence led to a one called Mathew Kirabo. Police arrested him and he confessed that he had personally killed Desire Mirembe.

He then led them to where he had dumped the dead body in Lugazi sugar plantations.
Police produced him before the court in 2015.

The trial judge granted him bail on the basis that he had to go back and complete his studies at Makerere University because by then he was undertaking a bachelor’s degree in Medicine as well.

After being released on bail, he & his family who are well connected in the Judiciary, have done everything possible to frustrate the hearing of this case in the courts of law.
A reliable source from the detectives who investigated this murder informed me that they were ready to proceed with this case in 2015 but for reasons best known to the judiciary, this case has not been heard until 2021.
Fast forward, in May 2021, Mathew Kirabo applied for his passport from the court that he wanted to travel to USA and do his Masters degree. All our efforts to refute this was met with opposition!

That’s when Col.Edith Nakalema picked interest in this case. She made sure that Desire Mirembe’s father met with the Principal Judge who assured us that this case must kick off this year.

Indeed, it was fixed and the hearing kicked off on the 9th of October, 2021. And the trial judge made it clear that he wants justice to be served and hearings have been taking place in Mukono High Court.

I have personally attended all of the hearings including the one of today.

What we need to understand here is that while Matthew Kirabo went on to graduate and has a whole life ahead of him, Desire on the other hand will never return and her bright future was aborted.

Our call for justice is to simply saw this nation that murdering someone isn’t something you simply get away with!

So far, Uganda police have presented 13 witnesses who have pinned this murderer. I must say that police did and continue to do a great job.
The confession on video made by Mathew Kirabo detailing how he killed Desire Mirembe by slitting her throat was played in court and left everyone present in the Court that day in tears. In the video, Mathew Kirabo clearly demonstrates how he killed Desire and dragged her body into the sugar plantation which is the same point police recovered Desire’s body.

In the same video, he narrates to detectives that the spot of the throat he cut has two blood vessels-one vessel carries blood and another oxygen and he clearly says that once cut, a person can not survive for more than 2 minutes.

A pathologist attached to Mulago hospital clearly explained in court that a person who killed Desire Mirembe had a medical background based on the way he slit her throat.
Fast forward, today, Wednesday 3rd, 2021, police produced the final witnesses and Mathew Kirabo did not appear in court. His lawyers presented fake Covid-19 results to the trial judge indicating that their client had contracted the Covid-19 virus and is admitted to Jinja Hospital.

They went on to request for an adjournment for another 25 days which the judge rejected and immediately canceled his bail.

It’s evident that Mathew’s family are playing games by delaying justice and despise the courts of law as they did in May 2021 when Mathew’s lawyers lied to the court that their client was not in the country yet he was hiding in the car outside court. NBS television ran that story showing Mathew Kirabo hiding in the car.

We have credible information and evidence that Mathew Kirabo and his family are helping him flee the country by relocating to Pennsylvania, USA.

He even had a civil marriage on Monday, 1st November 2021. He married an American Citizen by the name of Janis Sakiraba Bakibinga for purposes of securing an American green card so that he can relocate to USA.
To our dear president, when are the murderers in this country going to finally pay for their crimes?

I would like to inform the general public that Mathew Kirabo is a wanted person and anyone who knows his whereabouts, should contact the nearest police station or call on 0718357460.