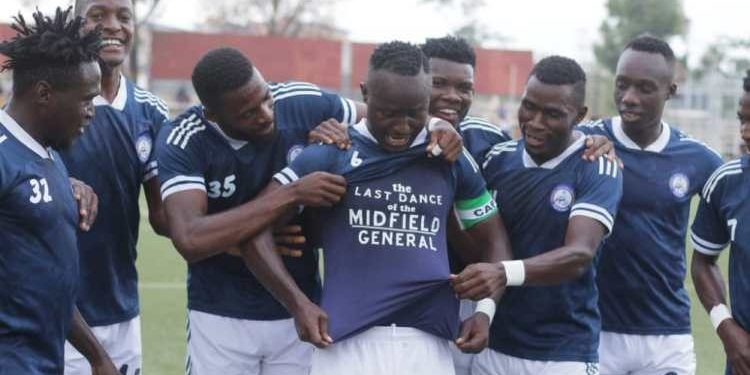 Veteran midfielder Tonny Mawejje Jr has announced he will retire as a player at the end of the season, and he’ll look to transition into a Sports Marketing Agent.

In an interview with Football256, once one of the most-fearsome midfielders in Uganda said he’s going to retire and focus on different businesses that are sports-related.

“I am planning a send-off match at the end of this season meant to inspire the younger generation that may want to be like me or even better.

I am planning to study a course in marketing. I want to help footballers and other sports personnel on how they can brand themselves, how they can use their image for the better, for sponsorship deals and things like that,” Mawejje told Football256.

He also has plans of becoming a coach.

Mawejje re-joined Police FC at the beginning of the season. The 33- Year-old started his youth football career at Masaka Local Council Football Club and was later signed by Kampala Capital City Authority in 2004. He joined Police FC in 2006.

In 2008, he joined Uganda Revenue Authority (URA) before departing for greener pasture in Iceland where he signed for ÍBV Vestmannaeyjar. He played for IBV from 2009 to 2013 scoring 10 goals in 106 games.

He was part of the Cranes long-serving generation that had the likes of Dennis Onyango, Andy Mwesigwa, Geoffrey Walusimbi, Hassan Wasswa, and Geoffrey Massa.

He played at the 2017 Africa Cup of Nations (AFCON) finals held in Gabon, as Uganda returned to the continental showpiece after 38 years.

Mawejje is capped 83 times for Uganda Cranes and scored 8 goals.