Bitature’s Simba Properties speaks out on Railways land: “We legally acquired it from the Uganda Land Commission, but have since willingly given it back” 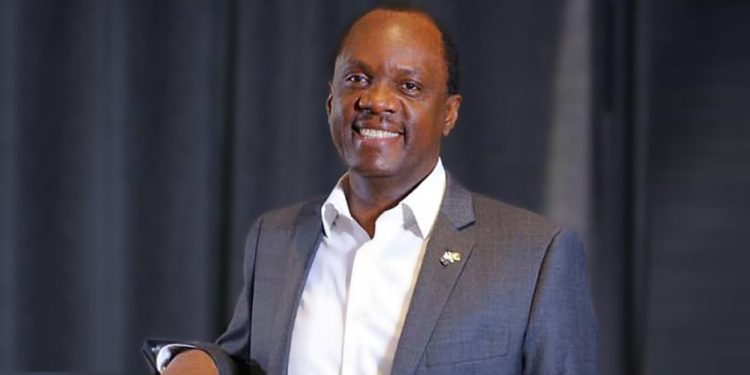 Simba Properties, a company belonging to billionaire businessman Patrick Bitature’s Simba Group has spoken out against claims that it illegally took possession of land belonging to Uganda Railways Corporation (URC).

In a statement released today, November 14th by Simba Properties, the company dismissed the allegations as misleading and inaccurate but instead said that whereas the land had been acquired legally from the Uganda Land Commission, the company, on the direction of its Chairman and founder, Patrick Bitature, decided to give it back in public interest.

“Reports of Simba Properties unlawfully acquiring land belonging to Uganda Railways Corporation are inaccurate and imprecise. The Board would like to categorically state that the Company and Mr Patrick Bitature are law-abiding persons. Neither the Company nor our chairman has knowingly and made deliberately action to acquire land out of the confines of the law,” reads the statement.

Last week, on Thursday 11th 2021, while appearing before the Parliamentary Committee on Commissions Statutory Authorities and State Enterprises (COSASE) URC officials told Members of Parliament that Simba Properties was one of the companies that had been thrown off the said land for having illegally acquired it.

“Simba Properties lawfully acquired a lease of land in interest, at cost, from Uganda Land Commission, that is the custodian and manager of the land on behalf of the Government. To our surprise, eleven occupation years later, URC wrote to us claiming the land was unlawfully parcelled out by Uganda Land Commission and leased without consent of Uganda Railways Corporation,” the company further explains.

In the statement, Simba Properties said that URC claimed the land was in the railway reserve corridor, whereas it is not.

The company denied being thrown off the land, but rather said that in light of the claims by Uganda Railways, the company eventually agreed to give back the land to Uganda Railways Corporation.

“As a patriotic citizen, our chairman resolved that the said land be surrendered to Uganda Railways Corporation since the government intended to redevelop the railway line for the benefit of all Ugandans and the Company didn’t wish to stand in the way of development,” the statement further explains, adding: “Let it be known that our Chairman has since signed the Deed of Surrender in favour of URC willingly, contrary to what is being reported, albeit Simba Properties suffering financial loss as a result.”

“It is, therefore, disheartening to read such inaccurate reporting that paints a bad image of Simba Properties and injures the good name and reputation of our Chairman, Mr Patrick Bitature when the Company has acted in good faith,” the company adds.

In the statement, Simba said they were dismayed to learn that the same land that was allegedly in the railway reserve corridor, has since been leased out to another developer to set up a fuel depot.

“Shockingly,  following surrender URC leased the land in said ‘reserve’ to a petroleum company to put up fuel tanks, but as fate would have it, works have since stalled because the contractor dug too deep and unfortunately found that the land is near the water table,” the statement said.

Bitature’s Simba Properties speaks out on Railways land: “We legally acquired it from the Uganda Land Commission, but have since willingly given it back”