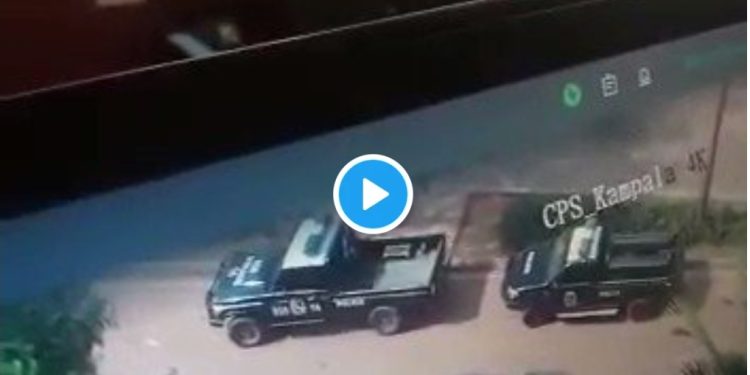 Despite no official statement from the police or even other security agencies, police CCTV footage has been leaked showing suspected suicide bombers carrying a huge bag moments before the explosion near Kampala Central Police Station.

According to the footage, the explosion went off immediately after the suspect reached the two police patrols.
Another blast was heard minutes later along Parliamentary Avenue. The third one was detonated by bomb squad officers near Kooki Towers.

About 27 people have been rushed to Mulago Hospital. According to Mulago, most victims are police officers and the number of critically injured victims is seven.

Police will be addressing the media anytime from now.