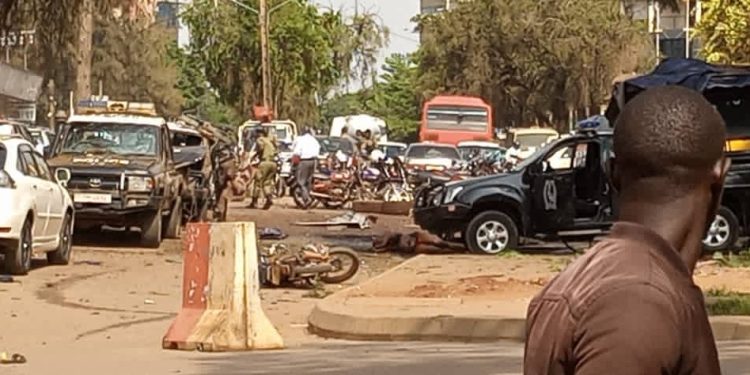 The Islamic State group has claimed responsibility for a twin suicide bombing that happened yesterday in Kampala. Three people were killed in the attack while 36 were injured.

IS, which said three suicide bombers took part, with one attack targeting the Central Police Station and another aimed at parliament, made the claim in a statement on its Telegram channels.

CMI and Police Bomb squad foiled a third attack, recovering an improvised explosive device from the home of an alleged suicide bomber who was shot and injured. He later succumbed to the injuries.

However, President Yoweri Museveni and Police spokesperson Fred Enanga said the attacks are being executed by a “domestic terror group” linked to the Allied Democratic Forces (ADF).

MUSEVENI on twin suicide bombings: The ‘PIGS’ are part of the ADF group that attacked Gen. Katumba, they will perish