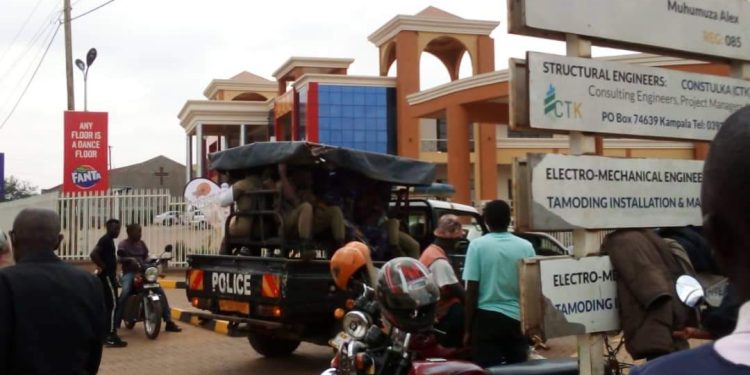 Moments ago, social media was awash with reports of an explosion around Akamwesi Mall in Kampala. Uganda Red Cross posted on its Twitter that it had dispatched a rescue team to the said scene with some ambulances just in case any lifesaving interventions were required.

“We call upon the public to be vigilant and also calm as we communicate so that we don’t cause more harm to those in “affected” areas. This is still an alert and we need to treat it with utmost sensitivity,” said the Uganda Red Cross spokesperson Irene Nakasiita.

However, it turned out a false alarm.

Two days ago Kampala experienced a twin bombing explosion. The first bomb went off near Kooki Towers opposite the Central Police Station while the second bomb exploded along Parliamentary Avenue near Jubilee Insurance Building.

Seven people are confirmed to have lost their lives in the bombings. Police has attributed the bombings to the Allied Democratic Forces.