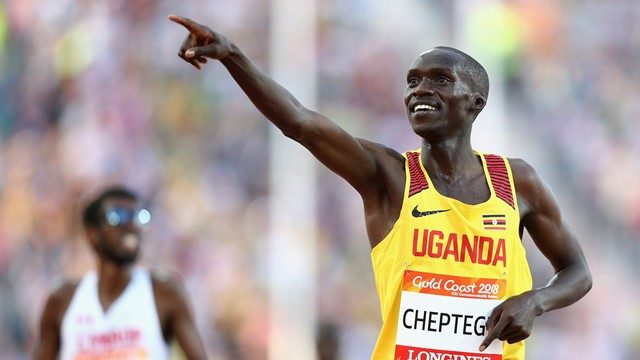 One of the best development in our sports sector in more recent times is the introduction of very nice rewards for outstanding athletes. At the just-concluded Tokyo Olympic Games, the National Council of Sports (NCS) rewarded each Gold Medal with Shs50 million, Silver Shs30 million, and Bronze Shs20 million.

Following the Commonwealth games of 2018, the National Council of Sports (NCS) again rewarded outstanding Athletes with Shs25 million for Gold, Shs20 million for Silver, and Shs7.5 million for Bronze. All these monies were on top of the very good allowances of over Shs5 million that each athlete received before they traveled to those games.

The above financial rewards are also separate from the other gifts like houses and cars that the outstanding athletes received from President Yoweri Museveni.

Some companies like MTN also jumped into the reward scheme by offering very huge cash envelopes. MTN gave out Shs50 million for each Gold medal, Shs25 million for Silver, and Shs10 million for each Bronze medal to Uganda’s outstanding runners at the recent Olympic Games.

Some of our athletes, their coaches, and parents have been complaining, rightly so, that sports is not rewarding enough. But if I add a brand new car (of about Shs80 million) to Shs50 million cash for medals then to over 100 million in a brand new house, I see close to a quarter or half of a billion shillings in rewards for our hard-working athletes. This is surely a good time for any parent, athlete, coach, school, club, etc. to form a partnership that can target these good millions now existent in Ugandan Sports.

In most of our games, a mere Shs10 million investment per year is good enough to keep any athlete well supported in the sport of their talent.

Of course, we currently have a dilemma and consequently a debate on whether it is right to spend so much on an Athlete, but when they excel; there is no return for those who invested in the athlete. This is part of the reason the Boxing President, Moses Muhangi, has decided to invest his personal time and money to help Ugandan Boxing become financially lucrative. But he is willing to risk this with only those athletes who can enter into a contract that guarantees that his investment can also give him some returns.

Many coaches and clubs have complained that they spend too much on athletes both in terms of time and money but the eventual rewards are only felt by the athlete alone, if and when they come.

Truly speaking, in most cases, the coach and the club have to rely on the athlete’s good heart to remember them, when they get good allowances or when they win huge monies from their medals.

This also informs the current demand by Uganda’s sports leaders to amend the outdated Sports Act of 1964 so that it can also cater for the commercial and professional sports engagements of the 21st century, such as regulation of these coach-athlete-sponsor relationships.

From all angles, for sure, an investment of about Shs20 million that yields Shs50 – Shs200 million is a very profitable investment. Also, we cannot forget to thank the various schools and universities offering educational scholarships or bursaries for our outstanding athletes and in the process saving the parents a lot of money in school fees payments.

In Table Tennis alone, we have so many athletes whose parents have never paid school fees from primary up to university level.

Of course beyond the financial rewards, parents, schools, and clubs can also benefit from having kids who are more energetic, fit, healthy, and consequently much more productive. Schools, in particular, can use Sports for the better occupation of their students’ free time, which in itself can be a very serious challenge. Some argue that to them, these other benefits far outweigh the financial rewards and I can’t really find the words to put up good hesitation to that line of thought, for, it is as accurate as it sounds.

Article by Jjagwe Robert, President of the Uganda Table Tennis Association (UTTA) and Secretary General of the Union of Uganda Sports Federations and Associations (UUSFA).