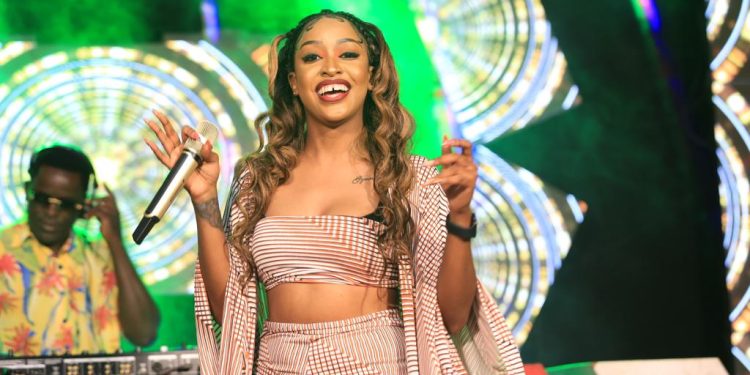 It was an explosive throwback night as the Smirnoff sponsored NTV Dance Party gave a special tribute to old school hits in what they dubbed the Kikadde Edition on Saturday night.

President Yoweri Museveni had just addressed the nation, saying that the economy will open up in January. With the festive season around the corner and no bars and clubs opening in sight, revellers still have to turn to TV for weekend entertainment and the Dance Party didn’t disappoint.

From Oliver Mtukudzi’s Todii, Halima Namakula’s  Ekimbewo to Brenda Fassie’s  Ag Lovey Shame, the show was a cocktail of  the early  2000 favourites  mixed with the  90s and 80s bangers. The nonstop beats and grooves were infectious as many took it to social media to praise the show.

“NTV Dance Party is life after this Man-U loss,” one of the tweeps recovering from his team’s humiliating loss posted.

To make the virtual party complete, the amplified bartenders pulled off some mixologist tricks before sharing the special Smirnoff cocktail recipes for people at home to mix their own drinks and seal off the night.