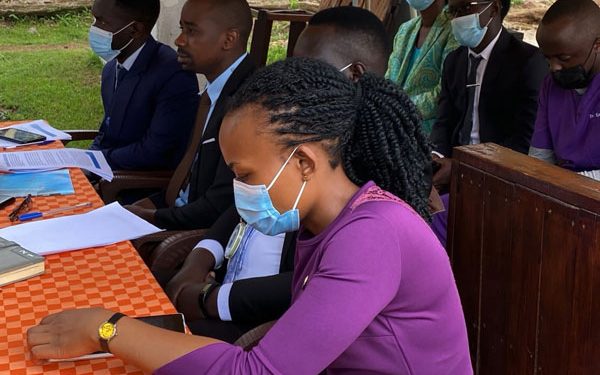 Through their umbrella organization Uganda Medical association, the doctors have gone on strike citing the failure by the government to improve their working conditions and to increase their salaries.

These include doctors, nurses, midwives, consultants, medical interns, and pharmacists.

“We don’t want signed papers, we don’t want promises, we don’t want meetings. This time all we want is money on our accounts or else we won’t come back to work,” said Dr. Herbert Luswata, Secretary-General Uganda Medical Association.

Dr. Samuel Odongo Oledo, UMA President said that the health workers have over the past four years engaged relevant government ministries, departments, and agencies to discuss matters affecting them. But the government has been making promises which have not been fulfilled.

The allowances of health workers were supposed to be increased from Shs12 billion to Shs35 billion per financial year and this was meant to address all their grievances related to improving their welfare and salaries.

Following the directive, Dr. Odongo noted that the Intern Doctors who are currently earning a gross monthly pay of Shs960,000, their salary was to be increased to Shs3 million, an entry-level Medical Officer to be paid a monthly salary of Shs5million, and Senior Consultant Shs17 million monthly.

However, the doctors further said that although Museveni’s directive was implemented in universities and in some parastatal organizations, the health workers have been neglected to date.

“Patience pays. The issues raised by UMA are being handled. A supplementary budget to implement the presidential directive is being processed after being passed by Parliament. . They should follow their professional calling by putting patients first,” he said.