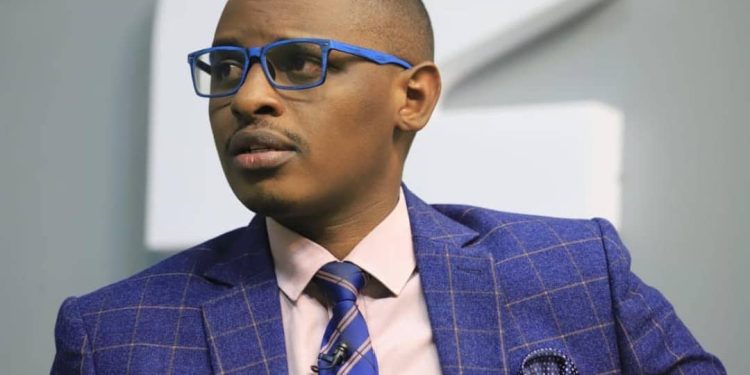 Desire Mugumisa, the Head of Brand and Communications at Next Media Services

Desire Derekford Mugumisa is the Head of Brand and Communications at Next Media Services. Matooke Republic had a one on one with him.

Tell us about yourself.

I am currently the Head of Brand and Communications at Next Media Services, where I am effectively charged with managing our flagship brand, NBS Television, as well as supervising all our other brands’ managers, as well as managing both the internal and external communications of Next Media Services as a whole. By virtual of our positioning in the market, crisis communication has been the greatest adventure yet, on top of the very many massive projects we manage week-on-week.

When did you join the employed ranks?

I started work in December 2006 when a friend, Sean Seguya, invited me to a youth TV show, “Prime Zone,” on UBC Television as a guest to speak food. Minimal prep and wrong attire won for the show later, I “kill it” as per then Programmes Manager, and I was asked to join the crew. Lots of challenges, trials, great lessons on humility, and more I got in this job that I am forever so grateful for – they prepared me so well.

How much were you earning?

No salary – some transport allowance that was also not the most consistent there was – Shs25K per show for four shows a week. It was quite okay in the first three or so years as I was still in school and very trying when I was out of school and chose to face the career head-on after that.

Doing TV sparked something I had never experienced – a passion I did not know I had. When I was counted down and started speaking(I still feel it), it felt like I got into a whole different world altogether. That feeling buried all my moving young person targets of being a lawyer one day, engineer the next, and doctor the other.

So much so that I was willing to defy my father’s desires to take the educational route preferred and chased a media dream that at the time was “just wasting time.” I am really glad that it all paid off and that that experience made me what seems to be a unique talent for whoever I have worked for or with to date.

When did you start rising through the ranks?

Pretty much from the start – there was talent, a yearning to learn, passion, and luck for me. I came on as a guest, became a presenter, then a month or so later one of the lead presenters, then went into television production and video editing in my Form Six vacation, radio presenting and production, then PR for the radio station as well as gigs updating Facebook pages for bars to make ends meet.

Shout-outs to you, DJ Bushbaby! When I joined Vision Group in 2013, that was my first paid job, the perseverance from before had me earn twice as much as what I wanted to request for as the biggest salary – imagine, for example, wanting to start your bargaining at Shs600K so you can get maybe Shs500K, only to be offered like Shs1.2M with apologies that they can’t currently pay you your value! I am forever grateful.

I joined Urban TV as an associate producer for the sports shows, then proposed and got my own daily sports show, “Game On,” did well and was handed the weekend “Game On Xtra,” offered pro-bono Quality Management services to the station for about three months which resulted in me heading the News and Current Affairs section, my first actual dive into leadership. I would then later also double as the station’s Promotions Manager. I served in these capacities until the station let go of us due to financial reasons in November 2018.

This was a tough time; my then-fiancée (now my wife) and I had just had a baby, and here I was without a job and just a severance package in the bank. It was time for the humility to start afresh, and I wasn’t afraid of that.

I got a job as Marketing, Promotions, and Public Relations Manager – probably the role I enjoyed most before joining Next Media Services! Minimal wage, to be honest, but I was doing much more than talk about sport, a great passion of mine; I was contributing to its development and giving it my all. Myultimate dream to date remains to be able to eat, drink, think, and everything else sports development, but until that comes, I give my best every day.

How exactly did you come to your current rank?

I got a call from my former colleague at Urban TV, Jonah Byakutaaga, around January 2019, telling me of an opportunity to join Next Media Services’ Next Radio for a weekend radio show, which I took up because there wasn’t much I was doing. Then my former co-host from XFM, KK, at Next Radio, now as the Head of Producers, hooked me up with a daily sports update slot, which paid a transport allowance (back to where it all started, only about four times better than when I first started). The daily single slot grew to two before I was offered a Premier Sport slot on NBS Television and made staff – I still do the two morning slots on NBS Television and Next Radio.

Then the Next Media PR and Communications role opened up in mid 2019.

I applied and got it; I did that for a year before the Brand Manager – NBS Television  role  opened up, and I tried my luck and got that too. I continue to give my best at a    company that is growing every day, ensuring I never get  satisfied.

I have achieved much more than I used to pray for when I started, and I am grateful to the almighty. I am only 31 and already in Senior Management having taken an unconventional route, and I still want to discover what else I can achieve. I clearly understand what got me here won’t get me to the next level, and every single day, I do the best I can towards bettering the person and leader I am to ensure I am ready for the next step; I am certain God will do the rest.

What are the greatest challenges you’ve encountered?

Well, top of the list was when I fell out with my parents (my Mom majorly) around 2011, and all the financial support was cut off. I was co-renting a house with a high-school friend of mine, Alvin Imai – very much family to me, which cost us Shs150K each per month. At first, I had the ka-100K allowance coming in, so I had to only hunt for the extra Shs50K just to make rent before eating, dressing up, managing my mohawk (which by the way was the first mohawk on Ugandan TV; how I came up with it is a story for another day) and a lot more.

Giving up was never an option, even when literally every day, I didn’t know where the next meal was coming from, and yet that is when I achieved my long-term dream of putting on weight! I had tried countless times to and failed, and here I was in the mother of all “brokenesses” putting it on. But yeah, I did all kinds of Facebook advertising for bars by day, who paid max 50K a week, LOL, then did hyping at Club Le’Beujolais by night, walked to UBC Head Offices when the club closed about 2 or so AM, took a nap, usually on the very clean carpeted-studio floors before you got up to do Good Morning Uganda at first or the Magic 100 FM breakfast show later, go home, schedule bar posts, sleep and then repeat the cycle later.

My patience was horned here – going to events after putting in all I did and still go away recognized (the sign of progress if money isn’t coming), being promised contracts that never came but simply kept going somehow. I chose to, very importantly, widen the span of things I could do. My drive became to add value to all I could offer, learn as much as I could so that if I wasn’t going to win in the immediate, I prepared well enough to win in the long term.

What are your future career plans?

If I can one day wake up and my challenge is to put yet another substantial brick on Ugandan sport, be it in sports marketing, leadership, media, name it, living a relatively comfortable life with no worries about the future and stability of my family, I believe that will be a life fully-lived.

But that is only if God wills so. Once again, I am focusing on being the best man and professional I can be, especially supporting those I can to better themselves and trusting that the God that got me here will give me peace of mind. That is what matters most at the end of the day.

Who do you look up to in the career world?

Is it possible to work with Kin Kariisa and not look up to him? I am not sure it is. Kin is an involved leader who makes an actual effort to build his staff, one of the most patient guys in leadership I know in leadership while dealing with talent, always pushing for more from the team and a whole lot more. His knack for getting the most out of millennials cannot be overstated either.

What motivates you in your work?

Leading our executors in getting a major project perfectly done, making the executions of colleagues easier, catching flaws and errors to make sure the result of a project is as good as possible.

What books do you read?

Majorly books on leadership. I am a great fan of John C. Maxwell. Currently, however, I am reading (listening to really because I can’t sit down and read pages, but can listen to a book/ podcast for hours on end) Marshall Goldsmith’s “What Got You Here Won’t Get You There.”