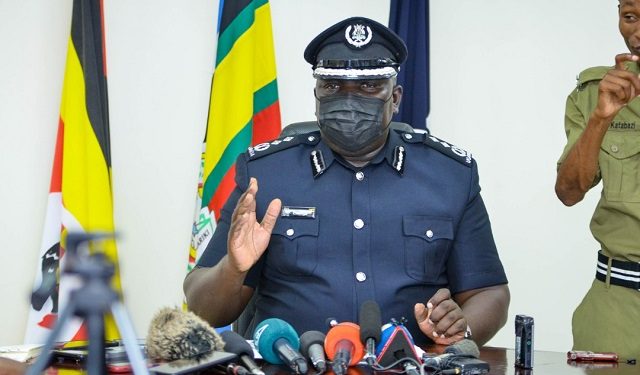 Over 80 children have been rescued by the counter-terror security teams after raiding suspected terror recruitment centers, according to Police spokesperson Fred Enanga.

The joint Anti-Terrorism Taskforce and the Chieftaincy of Military Intelligence raided some of the suspected recruitment home centers in Kasengejje village, in Wakiso district.

Two of the coordinators identified as Kaija Ismael and Ssewakiryanga Muhammad were arrested.

“We are interrogating them on the whereabouts of all the children, who went through their hands, since October 2021 to date,” said Enanga.

He revealed that the head of the recruiting center only identified as Sheikh Rwangabo is on the run.

The 22 children, who were rescued, were brought from Wakiso, Nansana, Ntinda, Kagoma, Kawempe, and Bugerere in Kayunga. They are currently in a shelter home, as arrangements to reintegrate and reunite them, with their parents, guardians, and relatives, are taking place.

Also rescued are three children from Bunia, seven from Kasese, six from Karugutu, and 50 from Bombo.

“We want to caution parents against handing over their children, to such anti-democracy actors, who are bent on using their children as actors of violence and impunity, for their selfish gains,” said Enanga.