“We are opening a pandora box where ministers will decline to come to parliament,” MPs oppose meeting Janet Museveni 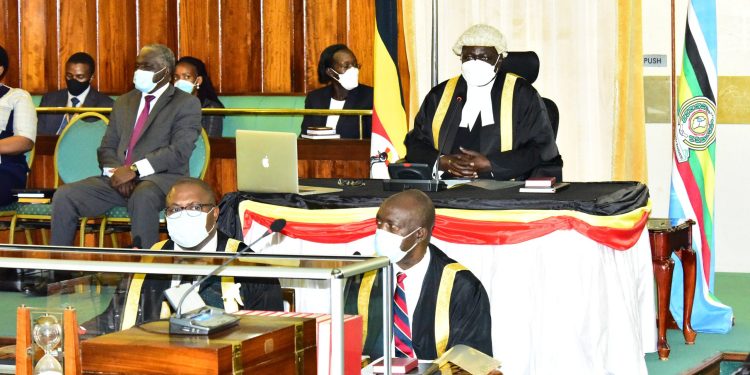 Members of parliament have opposed a request by the Minister of Education and Sports Janet Museveni to meet them at Kololo ceremonial grounds tomorrow.

The consultative meeting with Education Minister will discuss the reopening of schools. The Opposition in Parliament has raised objection to Janet’s request.

Leader of Opposition Mathias Mpuuga has wondered how the resolutions from the ‘Semi Parliamentary sitting’ will be implemented. He has also raised concern over the sanctity and independence of Parliament.

“Aren’t we opening a pandora box where ministers will decline to come to Parliament,” Mpuuga asked.

Kampala Central MP Muhammad Nsereko says the House is setting a bad precedent by allowing MPs to attend the meeting.
“Why can’t the minister present her issues virtually like has been before,” he said.

The Kira Municipality legislator Ssemujju Nganda encouraged Speaker Jacob Oulanyah not to attend the consultative meeting. He urged the Speaker to delegate to one of the commissions at Parliament to represent him.

However, Oulanyah said that the meeting is an opportunity for parliament to listen and see how they can solve the school reopening puzzle.

“My decision is based on the bigger issue of schools re-opening. I am thinking of the students, pupils, and teachers. Banks are taking these schools; we have talked about these issues. If there is any debate to follow up, we shall reconvene and debate,” said Oulanyah.