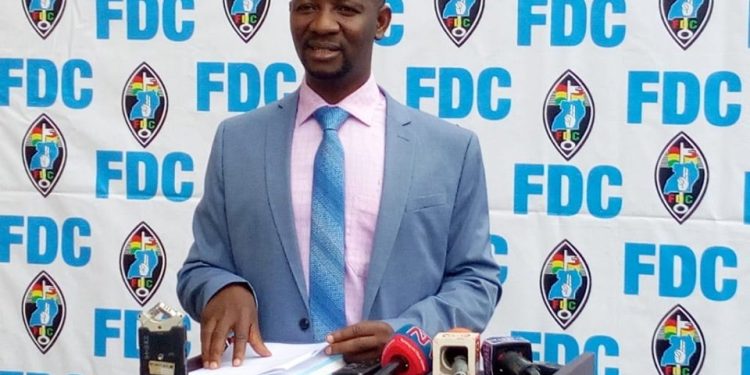 The Forum for Democratic Change (FDC) has cautioned Police and other security agencies against continued killing of suspects and criminalizing Muslims whenever the country faces terrorist acts.

While addressing the press at FDC headquarters in Najjanankumbi, the party Spokesperson Ibrahim Ssemujju Nganda said as FDC, they condemn the killing of suspects by Police or any other security agency.

“It has become very common to kill suspects who moreover are handcuffed. The standard claim by Police is that the suspects were confronting their personnel or were attempting to flee. Sheik Muhammad Kilevu is the latest victim of this state-inspired killing.

While as a party, we cannot affirm Sheik Kilevu’s innocence or guilt, we condemn his murder because that is not what our Constitution provides,” said Ssemujju.

He said the government is supposed to present evidence before a special court, have the suspects sentenced to death and sign a certificate to have them hanged.

“Nobody is condemning Police for arresting anyone. Killing suspects creates suspicion as to whether they were guilty in the first place. This is unacceptable and it must stop immediately,” he said.

FDC also cautioned the government against criminalizing Muslims and profiling.

“Gov’t must also be very careful when profiling suspects. The Muslim community especially of the Tabliq sect is in great fear because of these targeted killings and profiling.

Mosques are being declared radicalization centers by Museveni and security, we fear they may begin invading mosques while people are in prayers,” said Ssemujju.