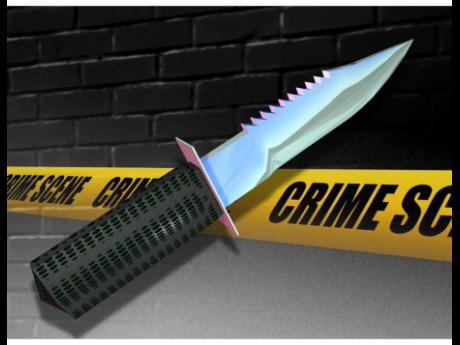 The suspect is on the run after stabbing his father to death. According to Kampala Metropolitan Police deputy spokesman, Luke Owoyesigire, a one Muhammad Nsubuga aged 45 was cut on the neck by his son, Abdallakim Nsubuga.

The incident occurred at around 9 pm on Tuesday when Nsubuga returned home. He got a misunderstanding with his wife Fatuma Nakalema before the couple started fighting.

However, the son reportedly joined the fight to rescue his mother and cut the deceased on the neck, causing a deep wound.

Nsubuga who was bleeding heavily tried to walk himself to the nearby clinic but fell down and died.

The police led by Detective ASP Kalinaki visited the scene to carry out further investigations. They arrested Nakalema to help them as they launched a hunt for the son.

The body of the deceased was picked and taken to KCCA mortuary for postmortem as inquires commenced.

Residents, however, said the couple had longstanding domestic disputes and the matter had been reported several times to Kawanda and Kawempe Police Station.

Sheebah speaks out on the advantages of being a ‘Nakyeyombekedde’