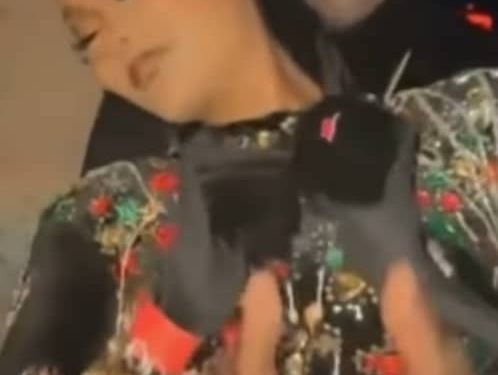 Hamisa has been openly flirting with Maybach Music Group (MMG) head honcho Rick Ross on social media for a while now.

Whenever Hamisa posts something on her timeline, Rick Ross who had a song titled ‘Waka’ with her baby daddy Diamond is always at hand to comment.

In their latest Instagram stories, Tanzanian actress and model, Mobetto and Rick Rose appear to have confirmed their relationship after months of speculation as they both shared a video of them in a Dubai nightclub dirty dancing.

Hamisa was the first to share the video with a caption; “Daddy is here Rick Forever,” Hamisa Mobetto captioned the video.

The self-proclaimed ‘Boss’ Rick Ross also affirmed that he is into Mobetto by sharing a video of the two dirty dancing and captioned it; “Hamisa Mobetto,” Rich Forever captioned the video he shared on his official Instagram stories.

In one of the videos they shared, the American rapper can be seen leaning in for a kiss while the model covers her face for the intimate moment before they smile and continue to dance the night away. The two were later seen leaving the club together in a Rolls Royce.

Hamisa has a kid with Diamond. Their relationship made the headlines after their split following witchcraft allegations in 2018.