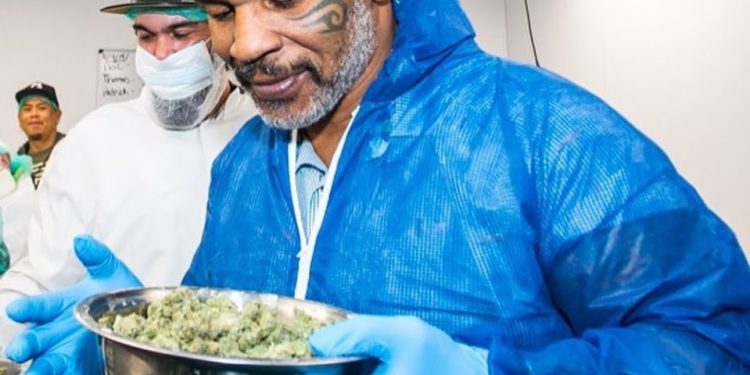 The acceptance was very much anticipated as the 55-year-old boxer has been selling cannabis products since 2016 through his Tyson Holistic label.

Tyson is set to become the face of the drug in Malawi after agreeing to the offer from Agriculture Minister Lobin Low.

According to Low, the cannabis industry is complex and requires collaboration.

“I would therefore like to appoint you, Mr. Mike Tyson, as Malawi’s Cannabis Branch Ambassador.”

The deal has been facilitated by the United States Cannabis Association and the Malawi branch, Wezi Ngalamila, confirmed to the BBC that Tyson had accepted the proposal.

According to the Malawi government, the move is expected to rope in some investors and even potential buyers.

Last year, Malawi, that grows a well-known strand of cannabis called Malawi gold, legalized the use of cannabis for medicinal purposes but it remains illegal recreationally.

However, Malawi’s new found love affair with Tyson has not been all rosy.

The Centre for Public Accountability (CPA), said, a Malawian civil society group has criticized the government for appointing Tyson to the role.

This is because Tyson was convicted of rape in Indiana in 1992 before being released.

Tyson, 54, is believed to earn around $500,000 per month through his cannabis business that offers premium marijuana strains, edibles and extracts.