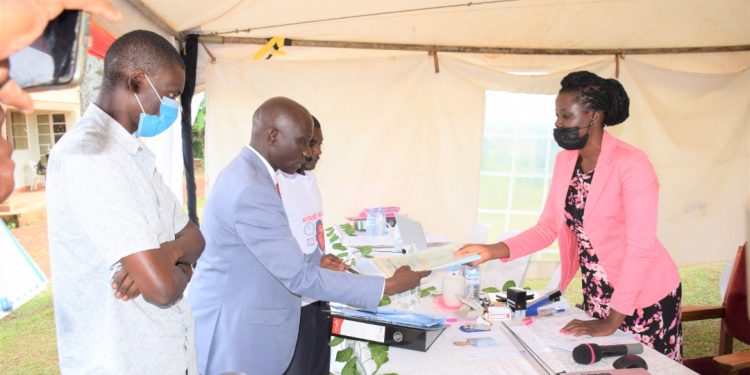 The nomination of candidates to contest in Local Government Councils By-elections started today, Monday 29th November 2021 at the respective District/City headquarters, in those electoral areas where the vacancies exist from 9 am to 5 pm.

Aspiring candidates are required to fulfill all the requirements for the nomination for each elective position.

The aspiring candidates and their supporters are also required to comply with guidelines issued by the Electoral Commission in accordance with the Government of Uganda and Ministry of Health measures against the spread of COVID-19, which include observing social distancing, hand washing, and wearing of masks.

The aspiring candidate shall be accompanied to the nomination venue by only two persons, that is, the proposer and the seconder.

The aspiring candidates are only allowed to use only two (2) vehicles for purposes of attending the nominations and each vehicle shall not carry more than three persons including the driver.

Convoys and processions shall not be allowed during the nomination exercise.

The categories to be filled during these by-elections include:

The nomination exercise will end on Tuesday 30th November 2021.

Candidates’ campaign meetings will be conducted for a period of thirteen (13) days, that is, from 2nd to 14th December 2021.

Meanwhile polling for the District Chairperson, Kayunga, and other Local Government Councils shall take place on Thursday 16th December 2021, at all polling stations in the affected electoral areas