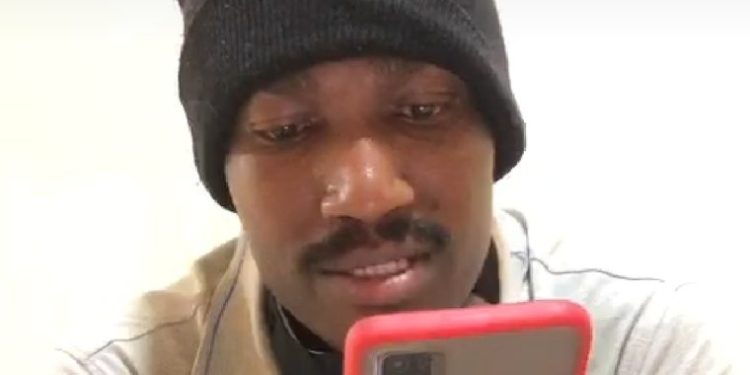 Paul Mubiru, the nsenene vendor who was filmed on a Dubai-bound Uganda Airlines plane at Entebbe International Airport on Friday has been arrested according to The Observer.

Mubiru was reportedly arrested on Sunday at around 11:49 am by two immigration officers upon arrival at Entebbe Airport.

He was identified by the medical workers who were swabbing him in the ongoing mandatory Covid-19 testing exercise for all incoming passengers.

It is reported that Mubiru was escorted by the officers into a private vehicle that was parked at the apron, where planes park.

He was then handed over to the Aviation police station in Entebbe.

On Friday, Mubiri’s video went viral on social media as he was filmed selling nsenene to seated passengers in the economy class on a Uganda Airlines plane.

He came out and apologised saying that the video was intended for comedy on the social networking platform, TikTok.