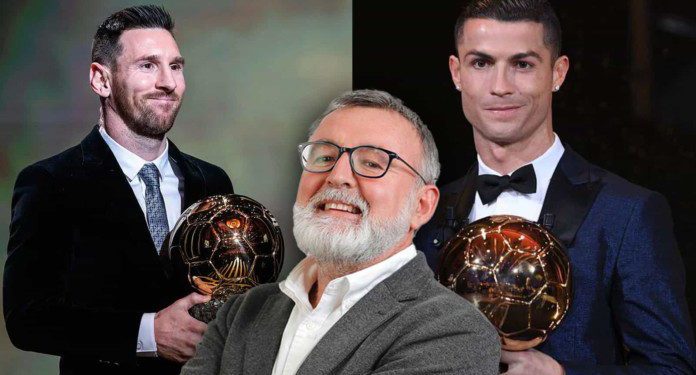 Ronaldo, who is currently taking on a second spell at Manchester United, has lifted the coveted Golden Ball five times over the course of his illustrious career- two less than Paris Saint Germain’s Messi.

The Ballon d’Or gap between the two football icons grew wider last night when Lionel Messi won the Ballon d’Or for best footballer of the year, for a record seventh time.

But Ferre says the star ‘told him’ that his major ambition is to overtake the Paris Saint Germain ace’s total.

Ferre revealed to the New York times; “Ronaldo has only one ambition, and that is to retire with more Ballons d’Or than Messi. And I know that because he told me.”

Ferre further revealed that Ronaldo is driven to eclipse his great rival before he finally hangs up his boots.

Messi finally ended his long wait for a major international trophy when he fired Argentina to Copa America Joy in the summer.

He also lifted the Copa Del Rey before departing for PSG.

The Ballon d’Or is voted for by 180 journalists from around the world.

Saving the lungs of the Earth: QNET launches global initiative for reforestation