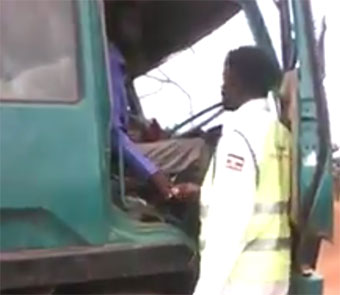 The Head of the Statehouse Anti Corruption Unit, Col. Edith Nakalema, has tasked Police officers to start arresting anyone who offers to give them a bribe while executing their mandatory duties.

According to Nakalema, the officers should lead the fight against corruption, a vice that has hindered development.

Uganda is estimated to lose over Shs10 trillion into corrupt tendencies each year.

The national service delivery survey 2015 by the Uganda Bureau of Statistics put the Police at 63% as far as bribery, fraud, and extortion are concerned, making it the most corrupt institution in the country.

Police is closely followed by tax officials at 48%, the Judiciary at 45%, the public sector at 44%, and business executives at 40%.

Nakalema urged officers to work hard saying it is the way to stop corruption.

“Life is about choice and everyone should choose not to be corrupt,” said Col. Edith Nakalema.