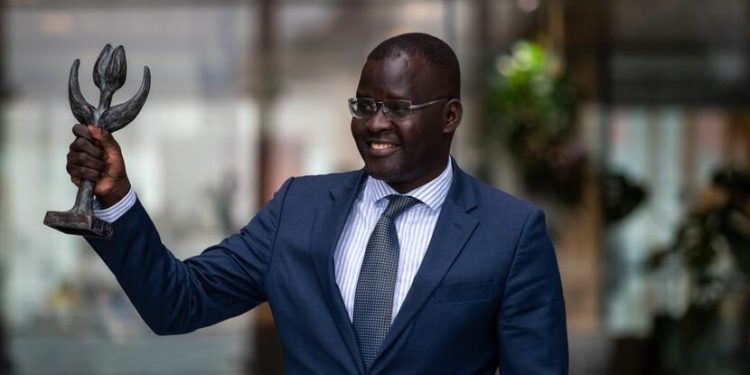 Human Rights lawyer Nicholas Opiyo has been awarded the 2021 Human Rights Tulip. The Dutch Ministry of Foreign Affairs awards the honor, which is accompanied by a cash prize of 100,000 euros (about Shs400m) to help the recipient continue or expand their work.

Nicholas Opiyo is a human Rights lawyer and is the Executive Director of Chapter Four Uganda, an NGO dedicated to the protection of civil liberties and the promotion of human rights for all. He has played an important role in criminalizing torture in Uganda.

He also stands up for people who are in trouble with the government and lack the resources to defend themselves.

Last year the Human Rights Tulip went to Lilit Martirosyan who fights for transgender people and sex workers in Armenia.

Being in opposition is painful, I must serve in the next gov't – Frank Gashumba