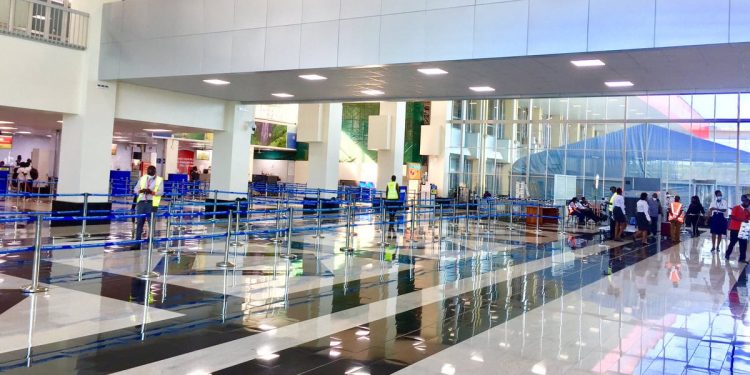 Uganda Civil Aviation Authority has banned Entebbe International Airport staff from using personal phones and other devices while on duty.

According to the story shared by the national paper New Vision, Emmanuel Barungi, the Uganda Civil Aviation Authority General Manager, said in a letter dated December 7, 2021, that the ban takes effect immediately.

Barungi stated with concern that the use of personal phones and other devices by airport staff while on duty had continued constant despite consequent security and safety concerns.

“Supervisors should make sure that all staff surrender their phones and other devices before reporting to work sentries,” Barungi said.

Barungi went ahead and warned that serious disciplinary action will be taken against any staff found in breach of the restriction.

“All companies are required to submit lists of their key staff/supervisors to be exempted from this restriction to the Aviation security manager,” he added.